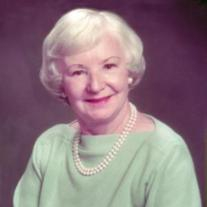 Pauline Susan Kelly was born on July l, 1921 in Longford, Ireland, a modest town 70 miles from Dublin. Pauline was one of 11 children. Pauline’s father died when she was 12 years-old, and her mother passed away in her early 20’s when she was developing a nursing career in war-torn England. Pauline nursed wounded soldiers from the evacuation of Dunkirk and Royal Airforce Pilots from the Battle of Britain when London was bombed. Being the eldest girl, she was instrumental in raising her younger siblings. Her wonderful, nurturing manner carried her far in life as a nurse and mother.

Pauline moved back to Dublin where she met her future husband, Myles Kelly. They emigrated to Canada in 1954 along with two other couples where all six were married. The joy of her life, her only child Paula, was born in Toronto.

As the family of three started their journey across the U.S. to California, two month-old Paula became gravely ill and had to be hospitalized in Greenville, Texas. Pauline never left her side. Myles and Pauline were found by a policeman one night sobbing in the hospital parking lot, having been told that their baby girl may not live through the night. The policeman took them to the nearest church, opened it and they prayed to God with all of their hearts. Paula’s condition stabilized, but she needed to be transferred to another hospital. The Greenville community reached out to this beautiful Irish couple, taking them into their homes and extending love to them. Myles drove nonstop to Los Angeles while Pauline and her baby flew to Children’s Hospital where she was released some weeks later on Christmas Eve.

Neighbors heard about their story and had a tree laden with presents ready for them to celebrate Christmas. The hospital in Texas did not charge them a penny for the medical care. God took care of them every step of the way during this difficult ordeal.

Settled in California, Myles pursued his accounting career while Pauline nursed in hospitals and worked for a doctor. Her nursing skills and caring, friendly attitude made her a popular person everywhere she went.

Myles’s employer offered him an opportunity to spend six months in Holland, which would allow them to spend Christmas in Ireland. Pauline was always a great traveler. She packed her bags and off they went to a below zero weather but very warm people. Pauline again was welcomed and they cooked Irish stew for the visitors from America. They were able to spend Christmas with all of the family.

Another job offer moved the couple to Hawaii where they lived for 7 years. Pauline made numerous friends, tooled around Oahu in her Mustang, and learned to play mahjong.

In the late 1970s the Kelly’s moved back to California, where Pauline took up bridge. She made numerous friends and hosted bridge parties every month. Paula graduated from college, married some years later, and Pauline’s granddaughter Amanda was born in 1996. The arrival of her only grandchild gave Pauline new purpose in life.

Over the years, Pauline had numerous major surgeries and a brain tumor removed. In her later years, Pauline lived in several care homes, suffering from vascular dementia. In her loving manner, she always expressed gratitude for the care she received and her caretakers grew to love her. Pauline’s last home only cared for her for one week yet they bonded with her. She would thank them for any little assistance even as she had terrible pain.

Pauline’s favorite word was ‘lovely.’ Her warm and gracious character and fun and friendly personality endeared her to many. Despite having endured many hardships in life, she had a deep, abiding faith, and she would often pray for others even when she was suffering.

On Thursday, September 15, 2011 at 6.40 a.m., Pauline slipped away serenely and peacefully. She looked so calm with the start of a smile, and ready to meet her Maker, her parents, and four brothers who preceded her.

Pauline is survived by her husband of 56 years, Myles Kelly, and her daughter, Paula Sohlgren, who is married to Eric Sohlgren, and granddaughter Amanda Sohlgren. All reside in Mission Viejo, California.