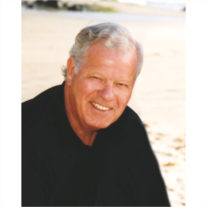 Beloved father, Papa, and brother, Paul James Spainhower passed away peacefully surrounded by family, April 29, 2016. He was the only son of seven children born to Paul and Helen, in Peoria, IL, December 18, 1927. During WWII he enlisted in the United States Navy at age 17. He was called back into service during the Korean conflict. Returning to Peoria he graduated from Bradley University. He married Marilyn Schueth in 1952 to whom he was devoted for 61 years until her passing in April 2014. Due to his hard work and integrity he rose to the position of Vice President of Sales and Marketing for Belvedere Products.

We love you to the moon and back!

There will be a viewing on Friday, May 6 at 10:00am followed immediately by Paul’s Funeral Mass at 10:30am, both at St. Nicholas Catholic Church, Laguna Woods. Graveside service will take place on Friday, May 6 at 2:30pm at Ascension Cemetery in Lake Forest.