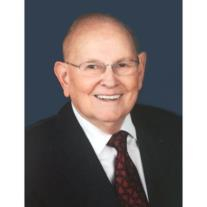 Paul, beloved husband, father, grandfather and friend to many, passed away peacefully June 27, 2015. Paul was born in Racine, WI. In Wisconsin he attended Marquette University and graduated at the top of his engineering class in just 3½ years, while working nights to pay for his education. However, Paul would have noted his greatest accomplishment while at Marquette was meeting the love of his life, Kathy Crimmins, on a blind date. Paul and Kathy married in 1953. Together they lived in Baltimore, MD and Albuquerque, NM before moving out to California in 1958 to start his business. Paul was an amazing inventor, entrepreneur and was responsible for many patents, including patenting the first stereo equalizer. Using his patents and technology he created and manufactured stereo equipment, which he sold to diplomats across the world. Paul grew his stereo manufacturing company to be the largest in the United States. This was only one of his amazing inventions and companies.

Paul’s favorite activities were traveling and spending time with his family. He is remembered as being an extremely intelligent man, with a great sense of humor. Always placing other’s needs above his own, he was a philanthropist, mentor and inspiration to others.

Paul is survived by his wife Kathy, as well as his five children: Mary Pat (Lucas), Tom, Mike, Annie (Lovley), Pat and all their spouses. He also loved and adored his fourteen grandchildren and great granddaughter Makayla. His valued advice, love, warm smile and quick jokes will be greatly missed.