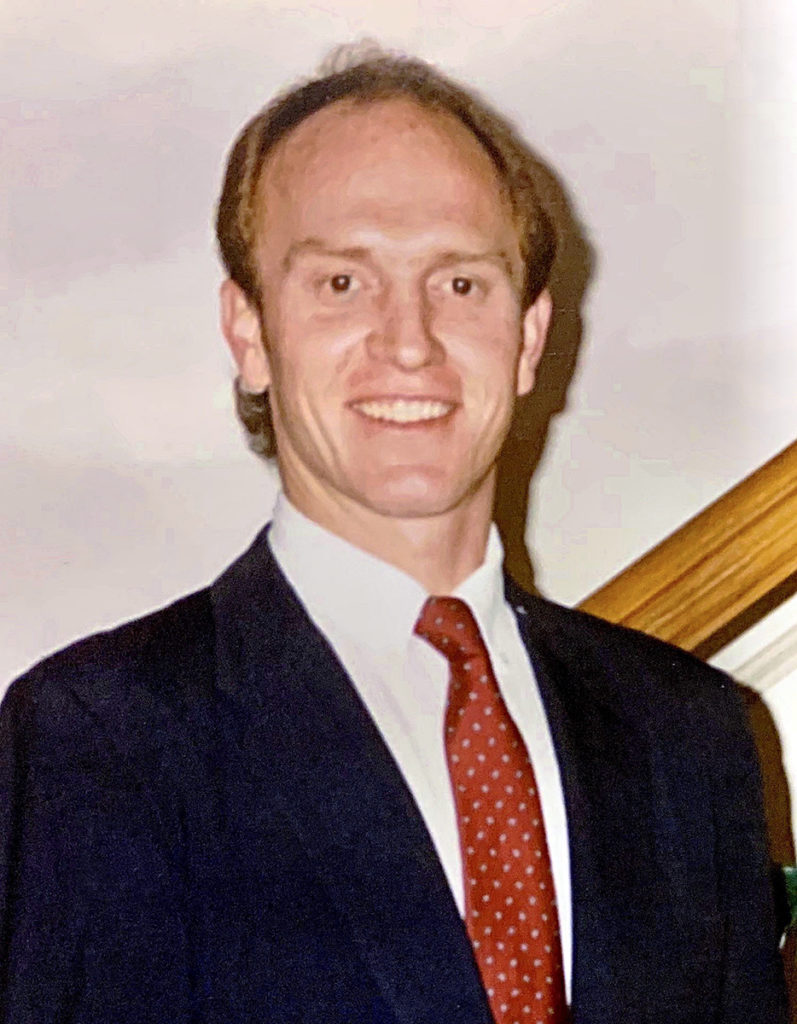 The life of Paul David Young, which began on January 12, 1964 in London, England, reached “full time” on May 13, 2020. With the final whistle blown, his family and friends will remember Paul as the larger-than-life, thrill-seeking, sports fan with a penchant for befriending people from all walks of life.

Paul was born and spent his early childhood years in London, England. His mother and father, along with his older brother Mark, immigrated to the United States in the 1960s. He spent his adolescent years in Ramsey, New Jersey playing sports” English and American football and baseball” and generally being the mischievous rebel we have all known and come to love. He most notably helped his 1982 Ramsey High School football team win a state title (go Rams!) and went on to play for Dean Junior College where he was named MVP in 1984.

Paul lived a very nomadic life” he was never tied down to one place. Always seeking the next big adventure, he traveled and lived across the country from New York to Florida, Georgia to Utah, and Maine to California. He deeply loved and was proud of his two beautiful daughters. After his father’s passing, Paul remained devoted to his stepmother, Siony Young of Maine, often returning to New England to work on her home projects, eat all the food in her house, and visit with friends at the local pubs. In the last few years of his life, he spent some time living in Roswell, Georgia where he enjoyed teasing his sister Maya and cheering on the New York Yankees at the local watering holes. He returned to California in early 2019 and was residing in Dana Point Harbor at the time of his death.

The family would be remiss if we did not acknowledge the fact that Paul, while often full of life and endless big dreams, also struggled with his own demons. He was not by any stretch of the imagination a saint or a perfect person, but he was our brother. He was ours, and we loved him, no matter how much time passed between visits or phone calls. There is an unbreakable bond that ties the 6 siblings, and Paul was a central part of it. As we say goodbye to his earthly body, we will always remember his strength, smile, and compassion for others. And, in true British form, we send him off into the eternal with love and one final “God Save The Queen!”

Paul is predeceased by his father whom he adored, Anthony “Tony” Young of Maine and his mother Grace Blodgett of Hawaii. He is survived by his beautiful daughters, Maysea Avalon Young and India Pearl Young of Idaho; siblings Mark Young of Utah, Katherine “Kate” Brandt (née Blodgett) of Colorado, Alana Trottier (née Young) of Maine, Jonathan “Jono” Blodgett of Hawaii, and Maya Young of Georgia. Paul also adored his many nieces and nephews, Gillian and Avery Young of Utah, Lily and Penn Alderman of Georgia, Colin Trottier of Maine, and Isabelle and LillyBrandt of Colorado.

A memorial celebrating his life will be held at a date and time to be announced.