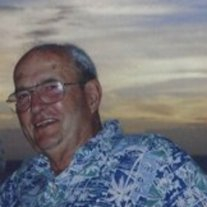 Patrick Joseph Long was born on December 19, 1926. He was the son of Irish immigrants, Michael and Hannah (Anna) Long. He was a brother to Anna (Toddy), Dermot, Eileen, Michael, and Noreen whom are all deceased.

During World War II he served in the US Navy in the Pacific. After the war he moved to Los Angeles, California where he joined the LAPD. He returned to Chicago, Illinois in 1949 to marry his high school sweetheart, Dorothy Marsico (deceased 2005). They moved to California where he continued his career with LAPD until 1968. While working on the LAPD he graduated from Southwestern Law School with a JD degree.

He will always be remembered for his immense love for his family. Patrick is survived by his three children and their spouses, Patty (Jim), Richard (Pam), and Lori (Randy). He is also survived by his five grandchildren and their spouses, Lauren (Josh), Erin (Aaron), Courtney (Michael), Brittany, and Brendan. He leaves behind all those whose lives were touched by his kindness and humor.

In lieu of flowers, the family is requesting that donations be made to Saint Jude Children’s Research Hospital at www.stjude.org or to Wounded Warrior Project at www.woundedwarriorproject.org