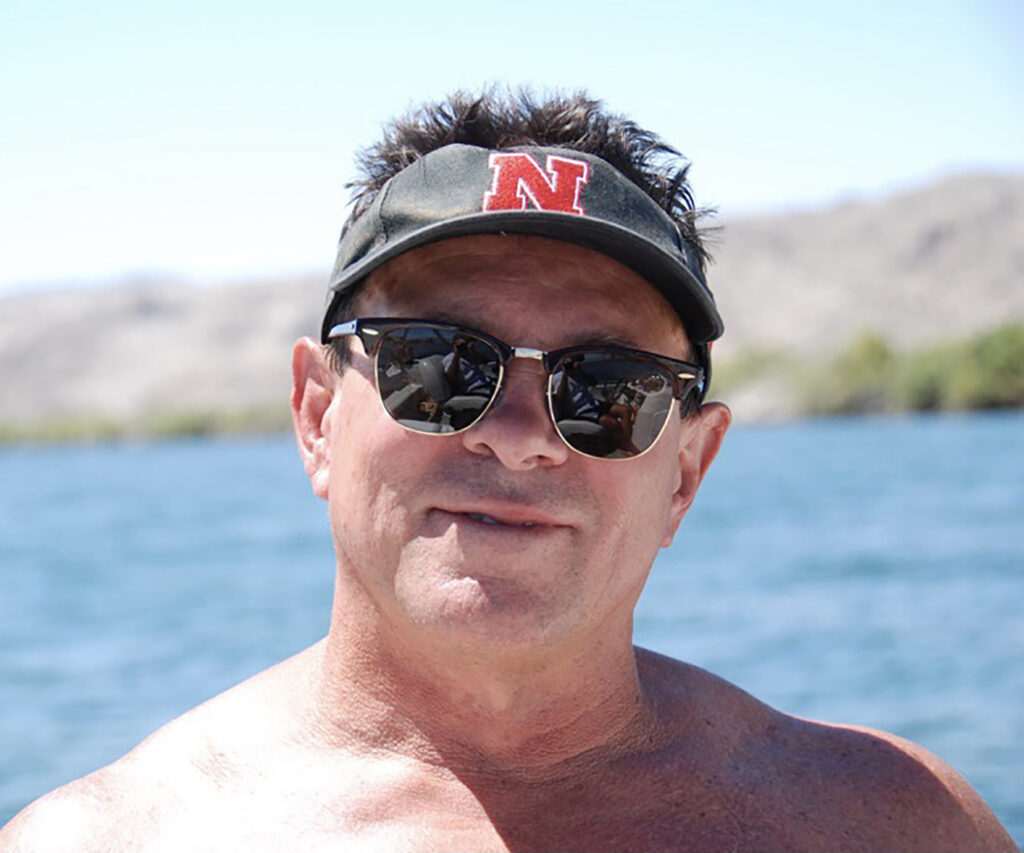 Born to Bob and Marlene McVay in Des Moines, he lived in Nebraska until 1969 where his love of Husker Football began. (Go Big Red!)  The family then moved to Orange County where Pat became involved in Boy Scouts and earned his Eagle Scout award.  He played Jr. All American Football and Little League Baseball in his youth and went on to play baseball and football at Tustin High School and football at Saddleback College. He graduated from Cal State Fullerton in 1980 and soon began his career in Aerospace that lasted over 37 years.

Pat met Sherry in 1982 at a softball league that he played in with her dad.  They married in 1984 and raised two daughters, Erin and LIndsey.  The family spent 20 years in Chicago for work, where they enjoyed wonderful times at their lake house, golfing, wakeboarding and just floating on the water.  But really, his favorite part was flipping the girls and their friends off the tube behind the boat.

After retiring from Northrop Grumman in 2017, the family returned to Southern California where they were able to spend more time with relatives and old friends. Pat enjoyed golfing with his brother and high school buddies every Tuesday and spending time at the Collier pub.  Pat and Sherry liked to travel, especially the annual trips to the river and Nashville with Rob and Kelly.   (Cue the Johnny Cash music)

Pat was extremely proud of his daughters and loved that we could spend so much time together, walking the dogs at the harbor or just relaxing on the patio.  He was a proud Papa to Stella and his grand-pets;  Kona, Pepper, Kanga, Ramen and Cyrus.  Pat was a loving, caring and generous person who was always ready to have a good time. He will be greatly missed by his family and numerous friends.

A Celebration of Life will be held June 25th at 3:00 at the Collier residence, 32241 Cook Lane, San Juan Capistrano.

Donations may be made in Pat’s name to the American Cancer Society.