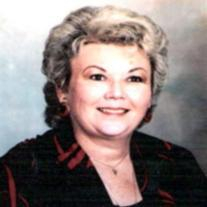 PATRICIA RAHN HEBEIN (aka Bubbles and Schnootzy), was born on April 20, 1929. She was the daughter of Robert L. Rahn and Gladys Marten Rahn, sister to Robert H. Rahn and called Great Falls and Billings Montana home for most of her life. The past two years she joined her family to live in Lake Forest, California.

A woman before her time, Pat was brilliant scholar, and popular leader in school. She was multi-talented: a skilled musician; natural actress; accomplished singer, artist, decorator and seamstress, there was nothing she put her hand to in which she didn’t excel. In her prime she was a leader in her community and a volunteer in the Junior League and was acknowledged acknowledged for her accomplishments n the local newspapers. She was known for her quick wit, her captivating smile and her incomparable sense of style.

“Grief is the price of love you grieve as deeply as you loved”
Her family loved her deeply and our grief is profound.