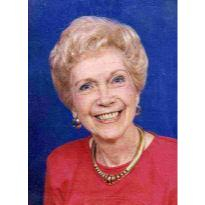 McDonald, Patricia, passed away peacefully on August 13, 2006 at the age of 93. Pat was born in New York City in 1913. She married her beloved husband, James P. McDonald, in 1933 and lived for many years in the New York City area. Jim passed away in 1991. She is survived by her three children: sons, James T. & Fay McDonald of Tucson, Arizona, John P. & Rita McDonald of Gainesville, Virginia and daughter, Patricia A. & John Hubbard of San Jose, California. She was also blessed with numerous grandchildren and great grandchildren. Mrs. McDonald and her husband traveled west in 1963 and lived for many years in Southern California at Forest Gardens. In 1996 she suffered a stroke and relocated to Northern California to be near family in San Jose. A visitation will be on Sunday, August 20, 2006 from 7 ? 9 pm at O’Connor Mortuary, on Alicia Parkway in Laguna Hills. The Funeral Mass will be held on Monday, August 21st, at 10:30am, at Santiago de Compostela Catholic Church.