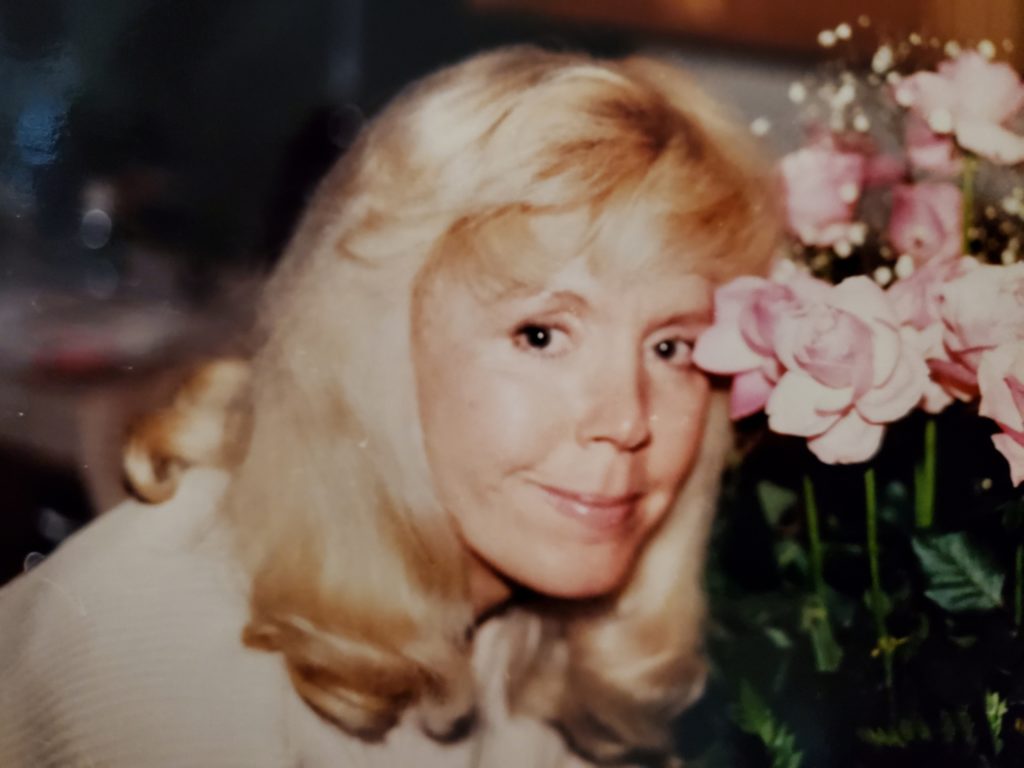 Born September 7, 1934, to Clara Marie and Felix McCormick, Patricia Louise Weiss (McCormick) came into this world a kind and gentle soul. She lived in an apartment with her mom and dad above a bakery off Kings Hwy, enjoying the smell of fresh donuts and bread each morning, thus explaining her love of donuts.

As a teenager Patricia spent many summers driving from St. Louis to California with her mom to Coronado Island.  In her early 20s, when the opportunity presented itself, Patricia jumped at the chance to move with her mom to Southern California.  Story has it Patricia broke a few hearts when she left St. Louis, but one, whom she met in college, soon followed her, just as she hoped he would.

Patricia attended Southern Illinois University gaining her teaching degree in English Literature. After graduating, but before heading into the required two years of teaching to get her teaching certificate, Patricia and her friends, Barb and Marge, headed to Spain to hopefully teach and have adventure. One adventure involved Patricia and Marge getting kicked out of a hotel in Spain as they attempted to check-in as the only females in a strictly male-military hotel. Such adventures only piqued Patricia’s keen desire for travel, which she enjoyed throughout her life.

Finally, on April 8, 1961, the heart that followed Patricia from Southern Illinois University to Southern California (and took his time to ask her to marry him), put a ring on her finger in marriage. Patricia married the love of her life, Ronald Wayne Weiss, making Ron the luckiest guy in the world.

Ron wanted 6 kids; Patricia wanted fewer. They settled on five.  Patricia (affectionately called Trish by Ron) continued teaching at C. E. Utt Middle School, Tustin, until the third kiddo arrived. She then went on to an even more challenging position as a full-time mom – which she always was, but now she would be home ALL THE TIME!

Managing a full household including moves from Santa Ana to Villa Park to North County San Diego and back to Santa Ana over several years, always with 2 – 5 kids in tow, Patricia took it all in stride.

In 1977, Patricia made the brave (albeit crazy – with 4 kids in middle school and one in high school) decision to attend Cal State Fullerton to obtain her Master’s degree as a Reading Specialist. Receiving her Master’s degree in 1979, Patricia went back to teaching for the next decade teaching at Mater Dei High School, Santa Ana.

Ron and Patricia were married for almost 36 years before Ron’s untimely passing in 1997.  Their love for, and connection to, one another was fierce – in many ways.  They traveled many places and had many shared experiences while their love, respect and appreciation for each other grew with age (and with each kid moving out). Through the ups and downs of life and marriage, they stuck together. In particular, the few years before Ron’s passing seemed to bring out the best in their relationship. They held hands when they took their daily walks, enjoyed the view of the ocean from their house, traveled, and relished time with their kids and grandkids.

A staunch Irish-Catholic, it is believed Patricia had five kids so each could recite a decade of the Rosary each day on the drive to (Catholic) school.  Patricia’s strong Catholic faith kept her active and involved in the church community for many years.  She served as a communicant, offering communion to those unable to make it to mass each week, worked the church bazaars, donated her time and money to the good causes she believed in and worked for over 25 years with Saddleback Community Outreach helping distribute food, assistance, grace and kindness to those in need.

Patricia joined her husband Ron to dance in Heaven on March 12, 2022. She will be missed by all who knew and loved her, including her surviving 5 children: Lisa Weiss-Groot (Dana), Therese, Victoria, Matthew, Kurt and 7 grandchildren, who she is eternally proud of: Keegan Matthew Groot, Jan Macklin Groot, Riley Patricia Groot, Ronald Tynan Groot, Veronica Marie Lohrei, Mason David Lohrei and Zoe Elizabeth Lohrei. She is preceded in death by her husband, Ron; her sister Joyce Bench; her mother, Clara Marie McCormick and father, Felix McCormick.

Our mother was the essence of grace, bravery, intelligence and beauty. She faced great adversity in her life, along with many blessings – always kind, welcoming and smiling until the end.

A celebration of Patricia’s life will be held April 5, 11am at St. Edward the Confessor Catholic Church, 33926 Calle La Primavera, Dana Point, CA 92629