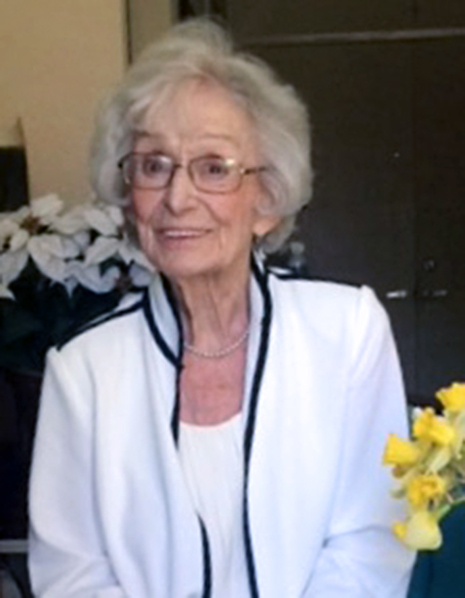 Patricia Marie Hayes was born March 18, 1920 in New York City, the first child of Charles and Gertrude (O’Brien) Hayes. After an infancy in Manhattan the family moved to Flushing, Queens, NY. The family was soon joined by Aileen (DeGraff) Charles and William. Patricia attended St. Andrew Avellino Catholic School and William Jennings Bryant High School in New York City. After graduation, Pat went on to business school and worked in Manhattan at Union Carbide as an executive secretary.

Pat was an extremely active member of St. Kilian’s Catholic Church along with Tom. She enjoyed family, golf, bridge and traveling. Tom died in 2015 and Pat moved to Houston, Texas in August of 2016 to be with her daughter Aileen, grandchildren and great grandchildren. While in Houston, she was a member of St. John Vianney Parish.

Pat died peacefully on July 20, 2018 at age 98. She was predeceased by her siblings and is survived by her four children, six grandchildren and two great grandchildren.