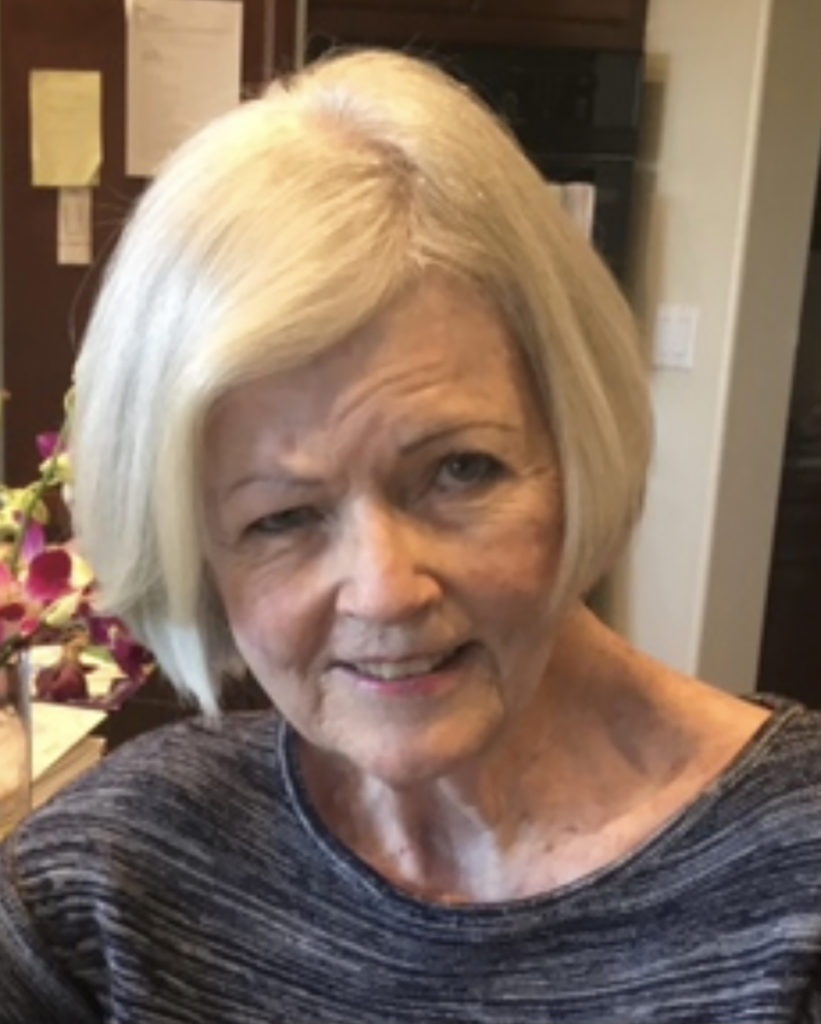 Patricia was born May 31, 1944, in Los Angeles, California, and passed into eternal life on March 12, 2021, at age 76, due to complications of Idiopathic pulmonary fibrosis, a rare respiratory illness.  Patricia called southern California home for the vast majority of her life.

She was a kind, loving, and generous woman who deeply valued family, and was a devoted wife to her husband Peter for 43 years.  In addition to being a loving mother and grandmother, she was an equally devoted daughter, sister, aunt, and wife.

Born to Rodney J. Brown and Rosemary E. McCullough at Saint Vincent Medical Center in Los Angeles, Patricia spent her childhood in nearby Glendale and attended Glendale High School.  She then went on to study at Glendale Community College and graduated from University of California, Los Angeles, with a bachelor’s degree in history.

Patricia married Jerry L. Jancarik in 1966.  They had two sons, Jerry and Kent.  After they divorced, she married Peter M. Craig in Lake Forest, CA in August 1977.  Patricia also gained a loving daughter, Gretchen, upon marrying Peter.  Peter and Patricia’s marriage blossomed for over 43 years.  In 2017, they celebrated their 40thwedding anniversary, surrounded by their close friends and family.

Throughout much of the 1970’s, 1980’s and 1990’s, Patricia devoted herself to being the world’s best mother and raising her family in Mission Viejo, CA. In 1995, she and Peter relocated across the 405 to Laguna Niguel, CA, to be in closer proximity to the ocean.

Patricia also had a keen interest in psychology and went on to achieve a master’s degree in psychology from Pepperdine University in Malibu, CA,  She was also a doctoral candidate, completing nearly all of the coursework required for a doctorate in psychology.

Patricia had a deep love for fashion and an eye for style that was second to none; a true fashionista.  She enjoyed visiting her children and sisters throughout the country and traveling with her husband Peter to Europe and other international destinations.  She had a deep love for the ocean and spent the final 26 years of her life near it, in Laguna Niguel, CA.

Patricia was a night owl.  She loved music, whether she was playing her piano or attending classical concerts at the Orange County Performing Arts Center.  Most of all, she was always selflessly devoted to her family and their various pursuits.  She helped them navigate through challenging moments in their own lives and for that they, will all be deeply indebted and most grateful.

May she rest in eternal peace until she is joined by the rest of her family.  She will always be fondly remembered and will live on in our hearts and minds forever.

In lieu of any floral donations, the family requests that donations be made to the Pulmonary Fibrosis Foundation.  Learn more at www.pulmonaryfibrosis.org.