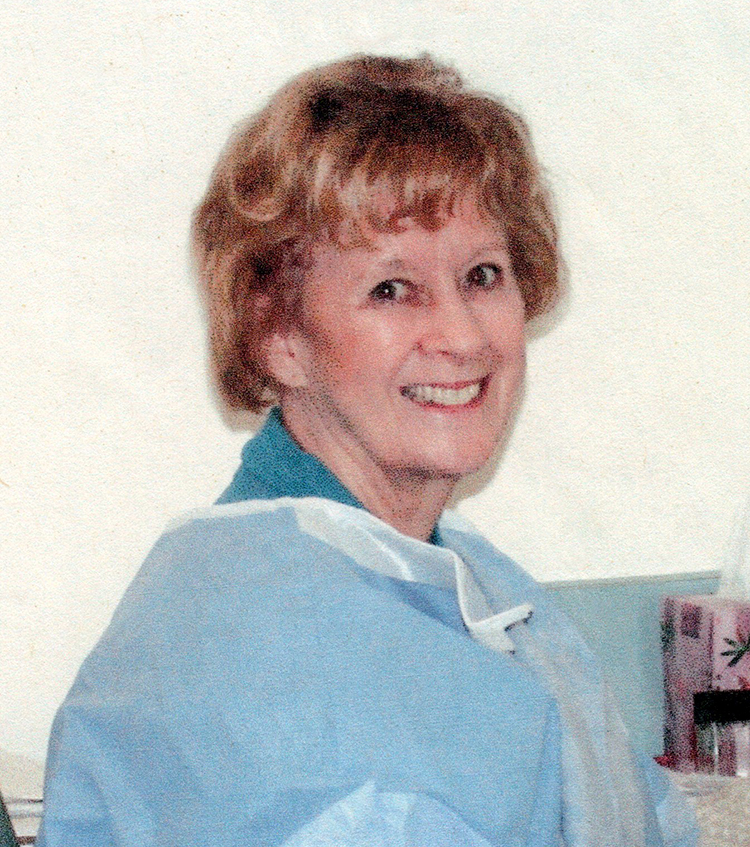 Pat Spongberg, 89, passed away on August 17, 2022 at her home in Mission Viejo, CA after a short battle with cancer. Pat was born in Allen Park, MI to Richard and Eleanor Lamb. She graduated from St. Francis Xavier High School in 1951 and was a 1954 graduate of St. Joseph Mercy School of Nursing, Detroit. Additionally, she earned her Bachelor’s Degree in Nursing from the University of Phoenix after relocating to California. Pat married Bruce Spongberg on May 11,1974 in Dearborn, MI. In 1978, Pat and Bruce moved to Lake Forest, CA and later to Mission Viejo, where she resided until her death. Pat’s 53-year nursing career, nearly all of which was in the operating room, was her life’s passion. Hospitals that she worked at included Outer Drive Hospital, Lincoln Park, MI and several hospitals in Southern California. Pat retired from Providence Mission Hospital, Mission Viejo, CA in 2005 after nearly 20 years of service.

Pat was an active member of Orange County AORN (Association of Operating Room Nurses), as well as the Alta Bahia Committee (former President and Treasurer) of the Philharmonic Society of Orange County. In 2007, Pat became a member of Bare Root Inc., a nonprofit group founded to create a Rose Parade float honoring nurses worldwide. The float, “A Healing Place”, won the Craftsman Trophy in the 2013 Rose Parade.

Pat’s dedication to her career was an inspiration and a testament to the joy she had in caring for others. More importantly, the love she had for her husband, family and friends gave her true happiness and contentment. Pat will be cherished and missed by all.

A Celebration of Life for Pat will be held on Monday, October 3, 2022 at 10am at O’Connor Mortuary, 25301 Alicia Pkwy, Laguna Hills, CA 92653. Interment following the service will be a private family gathering.

In lieu of flowers, please consider making a donation in Pat’s honor to one of the following organizations:

Alta Bahia Committee Of The Philharmonic Society Of Orange County