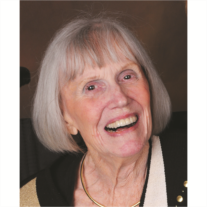 Aston, Patricia Ann – 83, of Laguna Niguel, California passed away on Sunday, December 3, 2017 due to complications from Parkinson’s disease. Pat was born on December 16, 1933 in San Francisco, California to Charles and Dorothy Patterson where they lived until moving to Burbank in 1938. Pat married Kendall Lockhart when she was 17. They lived in Granada Hills, California where they had two daughters, Kathy and Debra. The family then moved to Newport Beach. Pat and Kenny divorced in 1970.

In 1972, she met the love of her life Robert “Bob” Aston, while working as a Manager and then Vice President of Mutual Savings & Loan. They later married and their blended family grew with the addition of Bob’s four children, Steven, Lisa, Julie and David.

After retiring, Pat and Bob enjoyed entertaining with their many friends and family on their yacht and in their Laguna Sur home. Pat and Bob were “Lovers of Cruising” and had traveled all over the world, mostly, on Crystal Cruise Lines with over 75 cruises under their belts. Pat was a long-time member of the Mozart group which raises money for the arts at the Segerstrom Center.

Pat will be deeply missed by all. She was a lovely, generous and caring person.