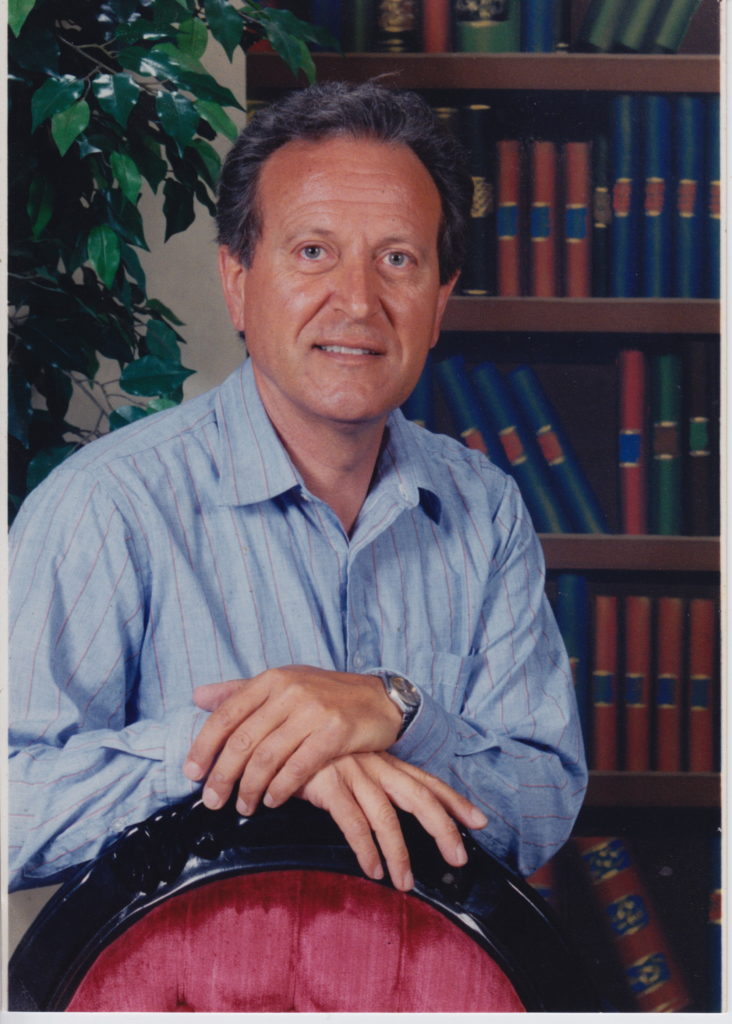 Pasquale Ascenzo Di Paolo (Pat) went home to our Lord on May 12, 2020.  He is rejoicing among his beloved Mother, Father, Nonna and all predeceased friends and relatives.

Pat was born on May 14, 1942, in Cansano Italy (the Abbruzzi region).  At 12 years old he attended a seminary school of Scolopian priests in Naples (Collegio Landriani).  In 1956 he immigrated to the U.S. with his family.  He sailed from Naples to New York on the “Andrea Doria”, the beautiful ocean liner that sank in July 1956 off the coast of Nantucket due to collision with Norwegian ice breaker “Stockholm”.

Pasquale and family settled down in Lawndale, California where he attended Leuzinger High School.  He spoke no English but picked it up quickly with the help of a kind Italian-speaking teacher Mrs. Lo Presti.  She took him under her wing and helped him integrate into his new life.  Pasquale continued his education at El Camino College, then to California State University Long Beach-Bachelor of Arts in Counseling, Ball State University-Germany-Graduate Studies in counseling, and National University San Diego-MS Special Education.

Pasquale’s first teaching assignment was at Edison High School, Huntington Beach from 1971-1973. He was head soccer coach and started the soccer program.  He designed the goal posts so they could be used for soccer and football, they are still in use today. He then taught for “Department of Defense Overseas School System”at Kaiserslatern American High School in Germany from 1973-1977, as well as Naples American High School in Italy from 1977-1988.

After returning to California he taught at a private “Special Education” school called Rossier School in Garden Grove CA from 1991-1993.  His last teaching assignment prior to retirement was at El Toro High School in Lake Forest, CA where he taught Industrial Arts, math, CAD, etc.  He was a dedicated teacher who went above and beyond to engage his students in the subject matter.  He spent weekends in his classroom preparing lessons for the following week.  He recently ran into a past student who recognized him.  He said “Mr. Di Paolo, I am an architect today because you inspired me to be an architect.”

He had a heart for the homeless.  He would go to the LA garment district to purchase clothing in bulk then distribute to homeless shelters and encampments.

Our hearts are broken! He has inspired us with his generosity of spirit. We that loved him will honor him by attempting to live up to his example.