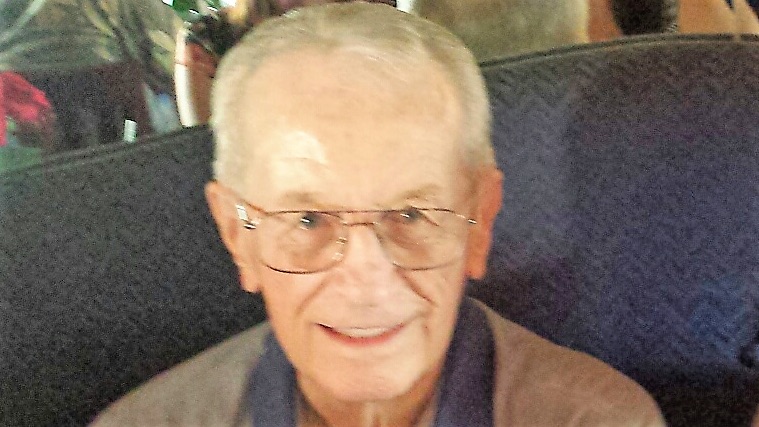 Funeral services will be held at O’Connor Mortuary in Laguna Hills on Thursday, August 6th,2020 at 10am.

Burial will follow at Miramar National Cemetery in San Diego at 2:30pm.

Otto Loewe was born on January  8th, 1926 in Easton, Pennsylvania.  He was the second of four children of Otto and Margaret Loewe.  He, his parents and siblings Marilyn, Richard and Jackie relocated to Chicago where they lived the majority of their young lives. After attending Proviso High School in Maywood, IL, Otto reported to active duty with the Navy on July 1st, 1943 at just 17 years old.  He retired from the Navy in 1977 with the rank of Commanding Officer after serving as a veteran pilot of WWII and the Korean War.  He attended various colleges, and in 1962, earned his MBA at USC. Otto worked 35 years in the Aerospace industry, the first thirty years at North American Aviation (later Rockwell International) and the last five years at Ford Aerospace.  He retired in January, 1988.

Otto met Carolyn Marie Weeks and they were wed on June 22, 1963.  They were married for 57 years.  Otto leaves his beloved wife Carolyn and loving children Wade, Valerie and Karen, in-laws Kristen, Rob and Lenny, and grandchildren Degan, Madeline, Allison and Brian. He is preceded in death by his father Otto, mother Margaret, and siblings Jackie, Marilyn and Dick.

Otto was a quiet and humble man and was dearly loved and respected by his friends and family.  His loss leaves a hole in our lives that can never be replaced, and we were all very fortunate to have been touched by his good humor and grace.  He was one in a million.

Up, up the long, delirious burning blue

Where never lark, or ever eagle flew

And, while with silent, lifting mind I’ve trod

The high untrespassed sanctity of space,

Put out my hand and touched the face of God.

In lieu of flowers, you may make a donation in honor of CDR Otto Loewe Jr. to the Veterans of Foreign Wars at https://www.vfw.org/ways-to-help

Otto’s family wishes to thank Renee and Josh Radabaugh and their staff at Chapters, the nurses, doctors and caregivers at Sea Crest, Chaplain Derek and everyone who has offered condolences in our time of grief.