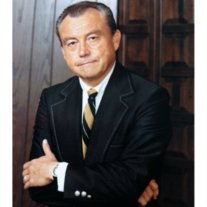 Otto Meyer – Born in Brooklyn, New York March 17, 1918 passed away peacefully in the presence of his wife, children and several grand-children August 13, 2013 at the age of 95 in Laguna Hills, CA.

Otto had a spinal fusion operation on Friday the 13th of February 1939. The original release date from the hospital was to have been in two weeks. Complications were encounterd which delayed the release until Thanksgiving Day November of 1939. He exited the hospital at 5’10’ and 145 lbs – his legs resembled pool cues. In a full torso cast, Otto’s legs had atrophied during his extended confinement and the doctors had recommended running as a means of building them back up. The journey that started out as rehabilitation and physical therapy became a hobby and eventually an obsession. In the beginning the miles were tedious and accumulated slowly. But time and strength were built-up, eventually making 4 mile runs a walk in the park. Mileage logs he maintained indicate a running career that spanned close to 56,500 miles. It was on Otto’s 75th birthday (March 17, 1993) that he logged 49,804 miles – the equivalent of twice around the world and had taken 53 years to accummulate.

In 1957 with his wife and three children, he picked up and moved (with no pending job) from New York to California to begin a new life. Otto began his west coast career as a salesman with Wilshire Oil company and ended his career as Western Regional Manager (7 western states) for Gulf Oil (now Chevron). During his career Otto was also responsible for the naming and expansion of the G0-Lo and Economy (gas station) brands.

Other than being a devoted husband, father, family man and avid runner, Otto was a sports fanatic with boxing being high on his list of interests.

After retirement Otto spent over 20 years as a hospital volunteer at Torrance Memorial while living in Palos Verdes, then Saddleback after moving to Laguna Hills.

—————————————-
Our father, Otto, was a man of simple tastes, without extravagance and who never lived beyond his means – he lived a life that was truly enriched by the values and principles he always held dear and passed along to his children and those around him.

I can’t say we learned life’s lessons from Dad bonding outdoors by the campfire or on weekend fishing expeditions. In fact, I’m not sure he would even know a tent from a parachute or a fishing pole from a flagpole.

Nor would you find us bonding by disassembling car engines in the garage or fixing Mom’s sewing machine. Dad was definitely not a Mr. Fix It. If something needed repair, he’d point us to the bottom kitchen drawer where we’d find a couple rusty screwdrivers and an old hammer held together with rubber bands and tape. He’d typically try to help out by taking the hammer and hitting the car manifold a few times or the water heater in hopes of instant repair. It was a bit amusing and he was trying to just help out – so we’d thank him for trying, move on and give him an A for effort.

What we CAN say is that Dad was a Good Man all around; as a Husband, a Father, a Provider – one who was always there when you needed him and who we all know loved us deeply.

He exemplified the importance of Family, of Integrity and Character, and hard Work. These were the most important things in life; and are Dad’s legacy to his children and our children and theirs.

His commitment and devotion to Family up to his last day could never be questioned. After all, this is evident considering 69 years of marriage built on the vows he made so long ago, his courage to pick up the family and cross the country for a better life at the age of 39, and how, particularly later in life, he built on and developed close and trusting relationships with his kids and grandkids and great grandkids over the years.

Dad often bonded with family and built on these relationships through sports; he loved the horses, and boxing – along with the traditional football and baseball; and was a frequent presence at the grandkids games, be it baseball, softball, soccer, basketball or tennis. As long as there was room for him to nervously pace the sidelines – he was just fine. At times we might have had to settle him down a bit as he could be a bit intense – and rather impatient. These may be less popular traits, but ones he lovingly passed along to all 3 of his children.

He also loved to tell stories about the old days; and to use these experiences as a way to share lessons learned; and provide advice or guidance.

In any case, Dad to the very end was a man more concerned with others than his own situation. He always asked how everyone was and if everything was OK and if there was anything anyone needed. Over the years, the tougher exterior he had earlier in life had melted away, he became more emotional, and it was during these times our love and respect grew even stronger.

Whether you knew him as Poppy, Hey You, Otto or of course Dad – we all knew him as a Special person who we are all the better for. Dad, you will be forever special in our hearts and always in our thoughts. We love you.