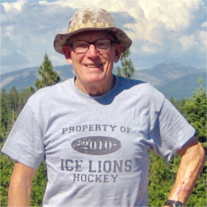 Al graduated from the University of North Carolina in 1954. Al was in the Air Force ROTC and earned his pilots license. After graduation he entered the U.S. Air Force where he was a Navigator/Bombardier for a B-52. After joining Al fought in the Vietnam war with distinction and returned home after being deployed for 18 months. Al retired from the Air Force in 1977 as a Lieutenant Colonel.

Al married the love of his life Ann Patterson in 1960. They had 3 children, Bob, Mike, and Glenn. They lived in Mississippi, North Carolina, and Atwater, CA.

Al and Ann eventually settled in Cold Springs, CA, where Al was a school teacher. Al loved the outdoors. He was an avid skier, hiker, and boater. He always could be found rooting for his Tar Heels during March Madness.

Al was preceded in death by his wife of 55 years, Ann Shortt; and his parents.

Al is survived by his three children Glenn and Bob of Orange County, CA and Mike of Baltimore, MD; and his 5 grandchildren Travis, Griffin, and Sierra, Michael, and Joey.

In lieu of flowers please make a donation to www.alzheimers.org. Memorial services will be held in Laguna Hills on September 9 at 3:00pm and in Cold Springs.

1 responses to Oscar A. Shortt