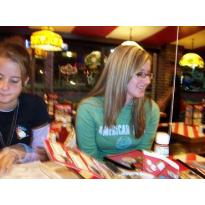 Norma Peterson of Laguna Hills, CA died after a very short battle against pancreatic cancer on May 7, 2008. Norma was born Nov. 2, 1940 in Sweet Home, Texas. She was the youngest of six children born to Roy and Vera Hicks. The Hicks family lived in Manteca, CA, where Norma began kindergarten in 1946 and graduated from Manteca High School in 1958.

Norma married Tammy’s father in 1959 and moved to Lancaster, CA in 1963. She began her career as a travel agent while living in Lancaster. Over the next thirty years she worked in various travel agencies and Boeing Aircraft Co. Travel Department before moving to Orange County, CA, where she became a travel tour director with Good Times Travel. She loved traveling and became exceptional in her field of expertise.

Norma traveled extensively around the world but also enjoyed her home and family. Her first priority in her life has always been her daughter Tammy. She loved her more than life itself and brought her up at a time when single moms had a hard time earning a living.

Later in life, Norma became good friends with her stepchildren Patricia and David and their spouses. Norma’s ten grandchildren were her shining stars. She was a proud grandma, a loving mother, and a wonderful sister and aunt. Her smiles brightened our world when she came into it. Her laughter will be remembered long after she’s gone. Norma came into the world a bright star and left the world a better place. She will be missed by all who knew her.