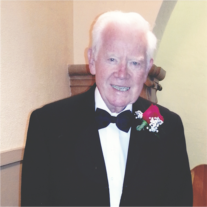 The Life and Times of Norbert Sather

Norbert Benedict Sather was born in Slayton Minnesota to Sigurd and Catherine (Madden) Sather on January 21, 1922.  Norbert was the second oldest of four boys.

In his youth, his family moved from the St. Paul area to Chicago, Illinois where Sigurd was more readily able to practice his trade as a plumber during the challenging times of the Great Depression.

At the age of 20, Norb, like many young Americans, answered the call to defend freedom and liberty from the threat of Fascism and enlisted in the United States Coast Guard. He served as a Gunner’s Mate 3rd Class on a Coast Guard destroyer. His battle group was assigned to escort supply convoys across the Atlantic to the European theater of war.

After the war, in December of 1945, he married the love of his life, Erika Bebette Maria Seidl. Together, they resided in Warrenville, Illinois where they raised six children.

His career path included earning a college degree at the age of 34 from DePaul University and lifelong service with the Illinois Bell Telephone Company. His area of interest was in the emerging technology of the day, computer analytics.

Norb retired at age 60 and made an unexpected life change. He and Mary moved to the Golden State of California where, by then, most of his children resided. There, he enjoyed time with his children and grandchildren and many long bike rides with Mary to Dana Point Harbor, their favorite biking destination. They biked together regularly into their early 80s.

Mary went to be with The Lord at age 84, an event anticipated by many to precipitate a decline in Norb’s overall well-being. He proved them all wrong and went on to live a healthy and independent life-style for more than a decade. He died peacefully at age 95.

1 responses to Norbert B. Sather