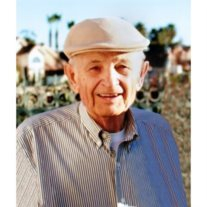 Niko Vasilj “Nick”, 83, was born on February 15, 1931 in Medugorje, Hercegovina, Croatia to Nikola and Mara Vasilj. He passed away peacefully on September 1, 2014 in Laguna Hills, California with family by his side.

He spent his childhood in the small village of Medugorje. During WWII, in the summer of 1942, his family relocated to Zagreb, Croatia. After high school, he completed Technical School.

He was determined to give himself a better life away from the former Yugoslavia. He spent time at refugee camps in Italy until he made his way to Cleveland, Ohio.

While in Cleveland, he started corresponding with Iva, a girl from Medugorje who had recently moved to Los Angeles. In 1962, Nick relocated to Los Angeles and they got married on July 21, 1963 at St. Anthony’s Croatian Catholic Church.

He worked as a draftman for the Los Angeles County Sanitation District for 26 years. He spent his retirement years in beautiful Dana Point, California.

Nick is preceded in death by his grandson Ryan Huntington. He is survived by Iva, his wife of 51 years; children Mariana Vasilj, Diana Nootbaar, and Jasna Huntington; grandchildren Amanda, Kacey, Jack and Annie Huntington and Nicholas and Nathan Nootbaar; son-in-law Greg Huntington; brother Vlado Vasilj; sister Zdravka Saravanja. He is beloved to all of them as the most devoted husband, father, brother and grandfather “Dedo”.

Nick was an inspiration to all. He was a man of great character and had a strong appreciation for family and education. He certainly led a blessed life!

In lieu of flowers, the Vasilj family requests that donations be made to the Alzheimer’s Association or the American Heart Association.

A Funeral Service will be held on Friday, September 5 at 1:00pm at O’Connor Mortuary Chapel in Laguna Hills. Graveside services will follow at 3:00pm at Holy Sepulcher Catholic Cemetery in Orange.

The family wishes to express their sincere gratitude to all those who have supported us during these difficult days.