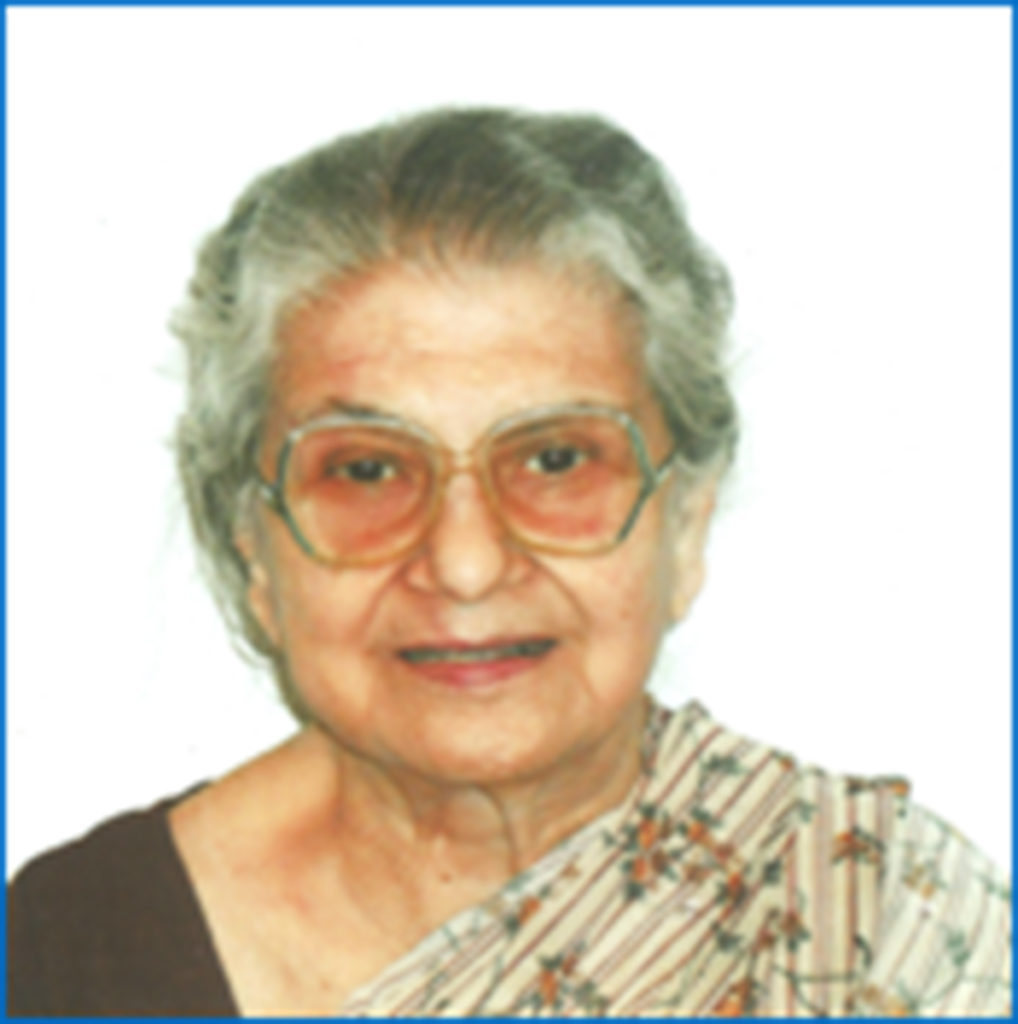 Namita Ghosh (nee Bose) was born July 15, 1930 in Barisal, India.  Later she moved with her family to Calcutta.  In 1945, she passed her Matriculation Examination placing in the First Division.

She married Dr. Dilip Kumar Ghosh in 1954 and moved to New Delhi where he was an economist at the Planning Commission of India.  Dipankar was born in 1956 and Suvankar in 1959.  During the sixties, she and Dr. Ghosh enjoyed attending and hosting numerous official parties for the foreign ambassadors, diplomats and visiting dignitaries.  She enjoyed the cultural exchanges and the variety of cuisines.

During 1968-1969, she lived in Bangkok, Thailand, where Dr. Ghosh was on assignment with a United Nations agency. She enjoyed sightseeing in Thailand and also a delightful trip to Hong Kong.

During the 1970s, she focused on her sons’ education.   Dipankar moved to the USA in 1978 and Suvankar in 1981, both for higher education.  Dr. Ghosh retired soon thereafter and they moved to Calcutta.  In retirement, they enjoyed travel to the UK and USA.

In 1986, Dr. Ghosh died of a sudden heart attack.   Mrs. Ghosh spent the next ten years splitting her time between her two sons in the USA and her house in Calcutta.

In 1996, she broke her right hip and had to cut travel.  Since then she lived in Dipu’s house and enjoyed time with family.  She was quite active and independent with a cane and later a walker.   She loved to cook and would make the most delicious biryani, keema, mustard fish and Indian sweets!

In October 2018, she broke T12 in her spine and was in a rehab center with a spinal brace for a while. Although her spine healed and she returned home, she never quite recovered her mobility.  She was hospitalized several times in the last two months and also suffered some memory loss.

Mrs. Ghosh enjoyed telling humorous stories of her life in India.  One of her uncles owned a circus and kept a trained tiger in his back yard. One day the tiger mistook a visitor for the meat delivery man and gave the unwitting guest quite a fright as he approached him expecting a bag of meat!

One time, she and Dr. Ghosh were at a party at the Japanese Embassy in New Delhi where a fish concoction was served.  Her husband did not care for it but out of diplomatic nicety hid the uneaten portion in his jacket pocket.  The uneaten fish was only discovered days later when the bedroom closet started stinking up!

Another time, the Prime Minister of Mauritius (a friend of Dr. Ghosh from his days at the London School of Economics) came to have dinner at their house.  A whole bunch of Government of India security vehicles and staff showed up for a neighborhood sweep.  Mrs. Ghosh had to explain to some skeptical neighbors that they had done nothing wrong and it was just normal security for the Mauritius PM!

Mrs. Ghosh had a very sharp mind and, as her husband would tease, an “elephantine” memory.  She was an avid reader of newspapers and would keep up with world affairs.  Dr. Ghosh always relied on her analysis of any difficult situation before making a decision.  Over time, Dipu too came to depend on her counsel.  For her, family came first and she was steadfast in her support.  We will miss her dearly.