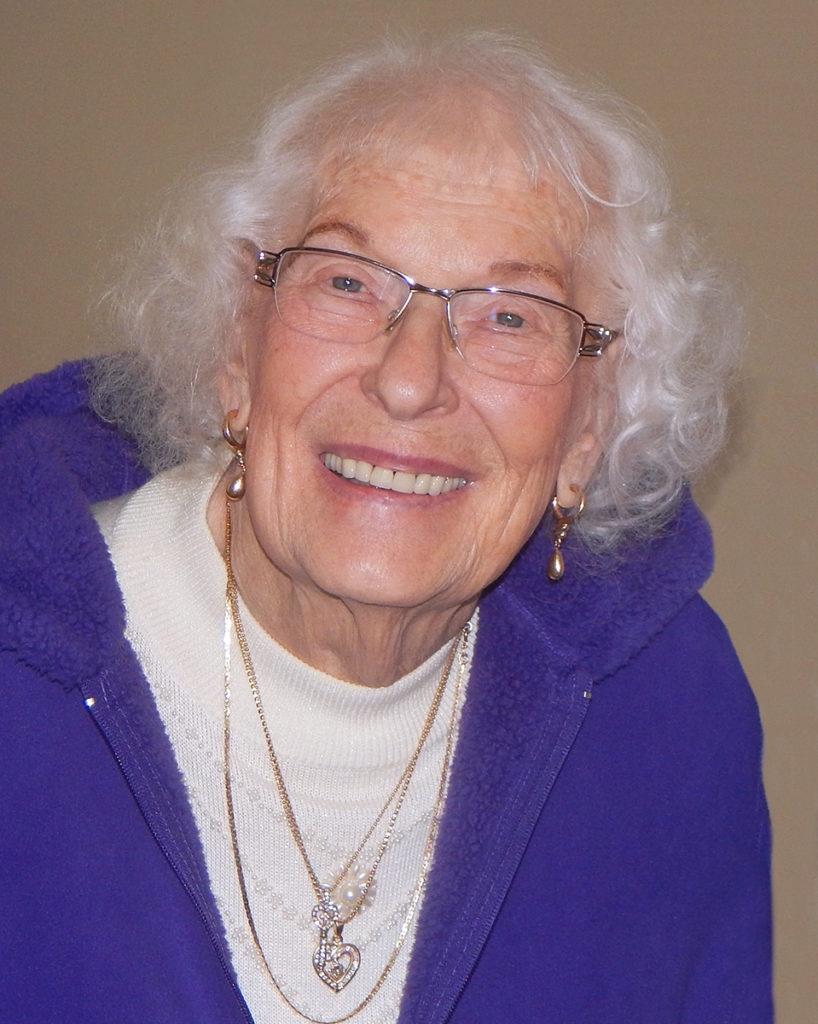 Nadia Fisher was 91. She was born May 7, 1926, in Detroit, Michigan. She went home to the Lord on April 4th, 2018, in Fountain Valley, CA.  She is preceded in death by her husband, Lawrence Fisher, to whom she was married for 60 years.  Nadia was the daughter of Russian immigrants, Maria and Fred Sheren, who came to America through Ellis Island.  She was one of 6 children, 3 brothers (Alexander, John, David all deceased) and 2 sisters (Ann who is deceased) and Olga who lives in Indiana.

Nadia was the mother to 2 children, Barbara (Mark) Len, and David (Rhonda) Fisher. She has 5 grandsons. Jeff (Jody) Len, Jonathan (Joette) Len, Greg Len, Daniel & Lucas Fisher, and 3 great grandchildren ( Abby, Aiden, and Ashden). Many nieces, nephews and cousins are still a part of her family.

Nadia moved from Detroit to Culver City in the early 1940’s where she and Larry met while working at the Beacon Laundry.  Nadia was very involved with her family and her church. She was an active member at Westchester Assembly of God Church and served as a prayer warrior and very involved in the Women’s Ministry group. Her biggest hobby was SHOPPPING!

After moving from Culver City to Mission Viejo (to be closer to family) her and Larry became involved with South Coast Christian Assembly in San Juan Capistrano. She remained active there participating in prayer warriors and Bible studies.

Nadia took care of her husband until the day he died. Her love for him was immeasurable. Unfortunately, after his death, her health and memory slowly declined. Nadia moved to Fountain Valley in 2014 and lived with her son and his family. While living in Fountain Valley she was a participant at the Alzheimer’s Family Services Center in Huntington Beach. She enjoyed it there making artwork and singing. In continuing her walk with the Lord, she attended King of Glory Lutheran Church with her daughter-in-law. She always looked forward to going to church and singing and praising the Lord. In February of 2018, Nadia moved to a memory care in Fountain Valley. Her health continued to decline. She passed away quietly in her sleep. Now she is pain free and safe from falling. We know she is rejoicing with the Lord.