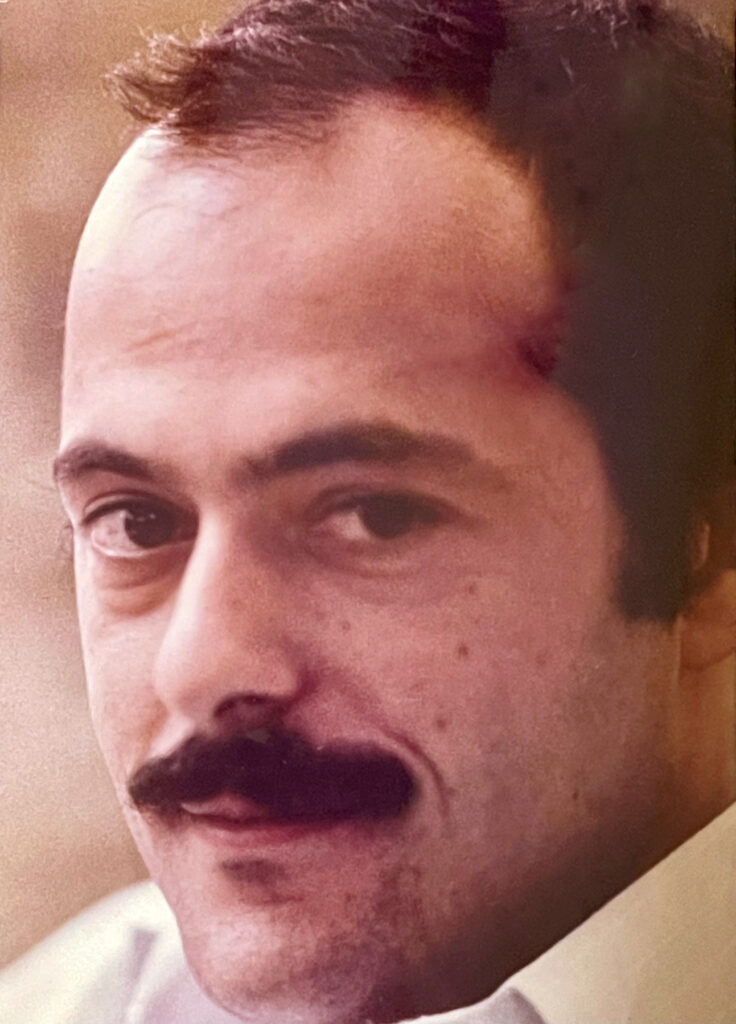 In the early afternoon of Sunday, October 16, 2022, Mohammad Amin Amini passed away at the house of his beloved daughter, Roxana in Irvine, California. This unique Iranian historian and a long-time social and political activist, made valuable contributions to Iran’s contemporary history with an objective and research-oriented approach.

Born in 1951, Mohammad grew up in a political environment and in the bosom of a patriotic, freedom-loving family. He was the eldest son of Nosratollah Amini, who was jurist and Dr. Mohammad Mosadegh’s personal lawyer; the first head of the Social Security Organization; and for a short period, he served as mayor of Tehran. Mohammad’s mother was the late Nahid Atai, a learned woman, full of affection, who brought him up in a political and cultural environment.

Mohammad Amini graduated from the prestigious Alborz High School. He was seventeen years old when he left Iran and went to Michigan to study English and then enrolled in the University of Utah in Salt Lake City to study geology. From the very beginning he became involved in anti-Iranian government activities and joined the Confederation of Iranian Students to fight against the repression in Iran.  A gifted person with a strong memory, he became an excellent public speaker and played a significant role in expanding confederation chapters in several cities throughout the U.S.  Later, he joined the Iranian leftist underground and before the 1979 revolution, he returned to Iran clandestinely to  join the revolution but as repression took over, he  returned to the United States and spent the rest of his life until his death.

He spent much of his time in exile conducting extensive research on Iran’s history, analyzing Iranian society and history from different perspective. He believed that to diagnose roots of our today’s problems, some historical figures, their works, and contributions to Iranian history, need to be re-examined.  As Example, he closely examined Ahmad Kasravi’s work, especially The History of the Iranian Constitutional Revolution. Other topics he took on, was a critical look at the Fadā’iyān-e Islam (the devotees of Islam), the idea of creating an Islamic state in Iran, the clerical class as legacy from the Middle Ages, and the national movement centered on the figure of Mohammad Mossadegh.

He became well known as a scholar among Iranian diaspora through his writings, frequent lectures, debates, and TV talks, on Iranian history and politics, issues related to patriotism, nationalism, federalism, and compulsory Hijab.  On compulsory Hijab, Mohamad believed it “is like “the eye of Esfandiyār” [the Achilles Heel] of the theocratic regime [in power in Iran] and the most heinous symbol of the regime’s dominance over the most private parts of people’s lives; the fight against it is the central discourse of freedom in Iran.”

Mohamad’s legacy will remain a bright light for future Iranian generations and all those who seek the truth in today’s darkness. He will be remembered as a true patriot in Iran, and his voice will echo in the memory of many Iranian people.

He is survived by his children, Nima, Roxana, Cyrus and his granddaughter Tatiana.

May he rest in peace.   May his memory live on.