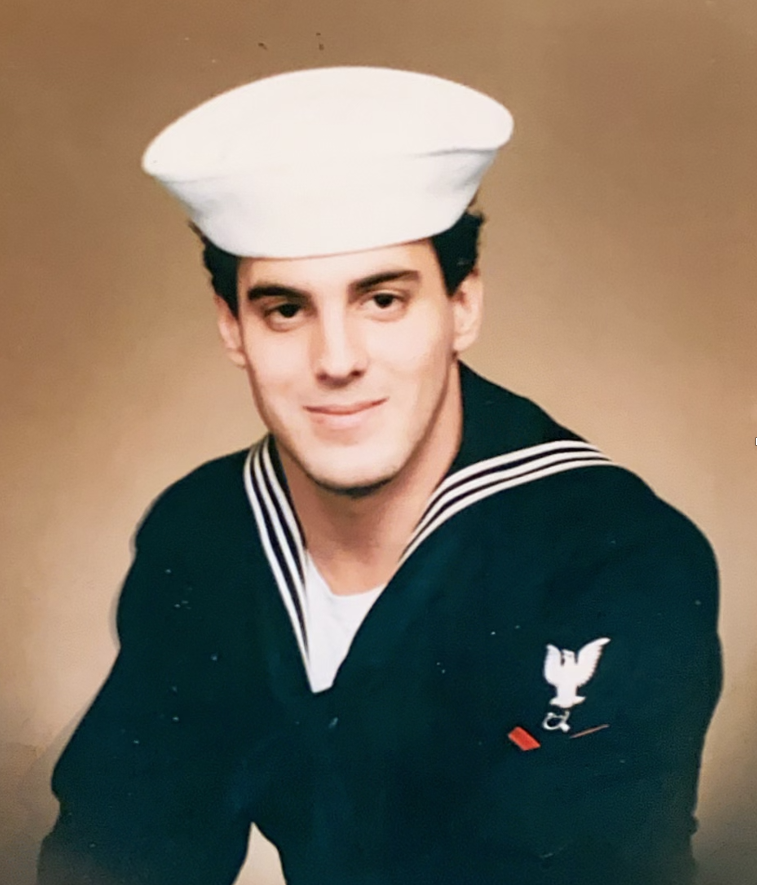 Mitchell Jon Andersen, 56, a resident of Irvine, California passed away on Thursday, November 4th, 2021 after a long and courageous fight with Multiple Sclerosis.

Mitch was born on November 23rd, 1964, in Charles City, Iowa, the son of Robert & Rosalind (Ray) Andersen.  He was delivered by his grandfather and physician, Dr. Bruce V. Andersen.  Mitch was the youngest of three sons.  He moved with his family to Pella, Iowa; Sigourney, Iowa; Strawberry Point, Iowa and ultimately settling in Bettendorf, Iowa with his family.

He graduated from Pleasant Valley High School in 1983 where he was an active athlete involved in football and basketball. He stayed close to a devoted group of high school classmates who were friends throughout his life.  Mitch was devoted to his country and served on active duty for the Navy beginning in 1984. He continued serving for many years until his retirement from the Naval Reserve.

Mitch met his future wife, Mami Inokuchi, in Japan while Mitch was on active duty, and they were later married on December 26th, 1988.  He graduated from the University of California in 1991 where he studied Political Science and later studied business as he pursued his MBA.  Mitch remained active in the Naval Reserve while he worked for the Ford Motor Company as a district service manager until his retirement in 2006.  Ford provided tremendous support and accommodations to Mitch as the disease process progressed.  The Veteran’s Administration was an instrumental partner for health and long term-care.

He was a devoted father, exceptionally proud of his family.  He loved his wife, Mami, who was a devoted wife, mother, and caregiver to Mitch.  He was proud of his daughter Audrey, who has a successful modeling career working in Japan.  He loved Audrey’s fiancé, Robert Dugan like a son.  He was very proud to see his son, Tyler, graduate from UCLA Medical School this year.  Despite the debilitating disease process of MS, Mitch never complained.  He had a strong interest in staying connected with high school classmates and their families.

Mitch’s life will be celebrated on December 5th at O’Connor Mortuary, 25301 Alicia Parkway, Laguna Hills California.  His funeral service will also be webcast at 2:00 PM PST so that all friends and family can attend.   On December 6th at 10:30 AM, Mitch will be interred at Miramar National Cemetery with full military honors. A celebration of Mitch’s life will be held in Davenport Iowa at a date to be determined.

There were many everyday heroes who were important in Mitch’s life and provided friendship and care as he battled MS.  Caregivers included, first and foremost, his wife, Mami and children as well as others including Anna, Adriana, Buffy Luisa, Shonda, Nellie, and Araceli.  In his final weeks, Zsa Zsa Oteyza and her family provided around-the-clock care.  “Special thanks to Dr. Bethany O’Connor” Also, good high school friends John Neu and Dan Miller, who remained close to Mitch throughout his illness, will represent his many school classmates and friends at his funeral and internment in California.

In lieu of flowers, remembrances can be directed to:
https://mssociety.donordrive.com/campaign/Mitchell-Jon-Andersen-Memorial-Fund

In Memory of Mitchell Jon Andersen

Remembrances may also be sent the Gary Sinise Foundation. The Sinise foundation supports adaptive homes for severely wounded and disabled American Veterans amongst its many highly rated programs.