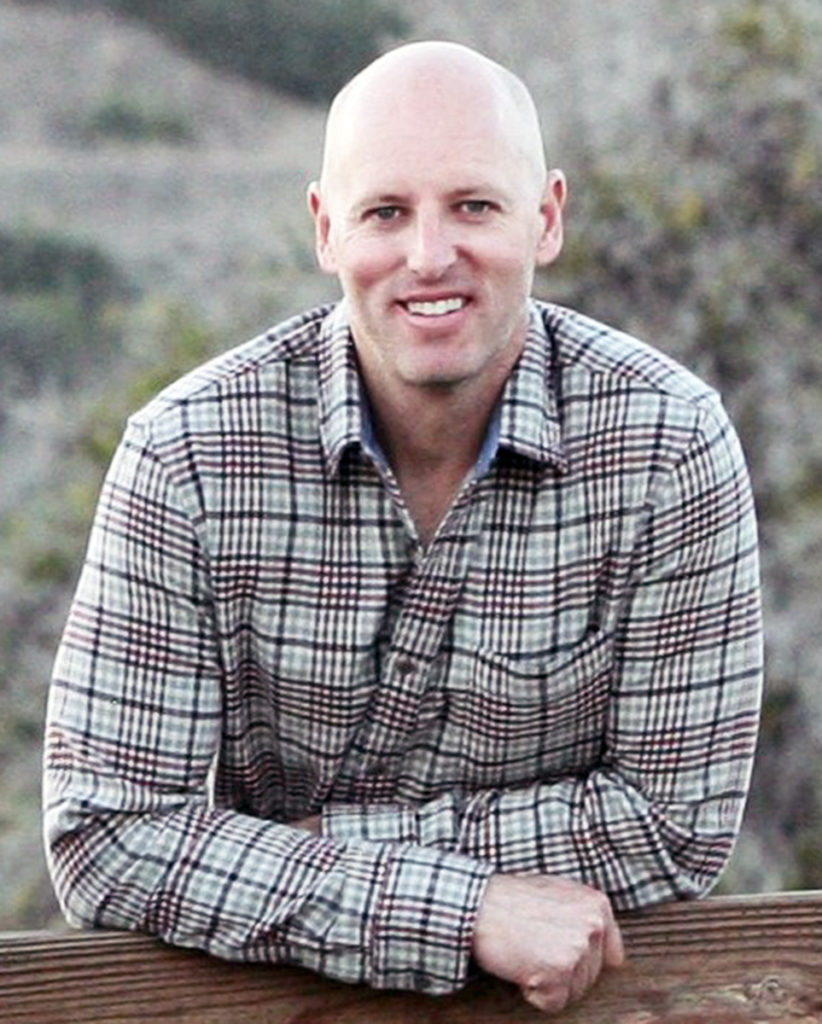 Mitchell Lane, 44, was born August 13, 1973 in Ona, West Virginia, and passed away peacefully on September 11, 2017 after a valiant, three-and-a-half-year battle with pancreatic cancer.

Mitch was married to his college sweetheart, Amy, for 20 years, and they have two children, Madelyn age 18, a freshman at Montana State University, and Zachary age 16, a junior at Tesoro High School. Mitch loved his family and fought hard to the very end to stay with them.

Much of Mitch’s childhood was spent in Mississauga, Ontario where he learned to play ice hockey. His love for game and his skill on the ice earned him a spot playing Division 1 hockey at Michigan Tech and Lake Superior State University. Many of his teammates from youth through college remained his closest friends to the end. Hockey continued to be a source of much joy beyond college as Mitch played in various men’s leagues, coached his son Zach and teammates, and steadfastly cheered on the Toronto Maple Leafs.

Mitch and Amy met at Michigan Tech in 1992 and were married on August 30, 1997 in a storybook wedding. Their honeymoon involved driving across country from Manistee, MI to Orange County, California. While it was not quite a romantic trip, they made the best of it and often joked about looking for the World’s Biggest Ball of Yarn. As the years went on, they enjoyed many fabulous trips to tropical paradises and across Europe, but they always seemed to relish the stories from their low-budget honeymoon excursion.  Mitch and Amy were true soul-mates who completed each other. When Mitch was in the hospital, five separate times from diagnosis, Amy never left his side, even during one 19-day stay. While Mitch focused on getting better and remaining positive, Amy researched medical journals and trials, reached out to doctors, patients, and caregivers around the world, and did everything in her power to give Mitch the best chance of survival. Amy knows that if fate had dealt her the cancer card instead, Mitch would have done the same for her. Theirs was a true love story.

Mitch never let cancer or chemo define him. For three and a half years after diagnosis, he lived life to its fullest. During back-to-back summers, the whole family road-tripped throughout the Western United States on college tours for Madelyn, visiting Oregon, Washington, Montana, Idaho, Colorado, and Arizona. They also enjoyed holidays in Hawaii and Aruba with family and several other trips including to Mammoth Mountain, skiing, mountain biking and fishing and many hockey trips as well.

Mitch remained the CEO of Distribution Systems International, Inc., until mid-2017 when he could no longer maintain the schedule. In the 10 years sincehe and his brother, Trevor Lane, took over the company from their parents, they exceeded all expectations in growth and potential. Mitch was proud of what he and Trevor had accomplished at DSI, making the family business a market leader in the industry.

Mitch’s pride in his children, however, overshadowed all else. Madelyn was always a daddy’s girl, and he could not have been prouder as he watched her grow and mature into the smart, independent, kind, beautiful woman she is. Whether it was watching her take her first steps, complete a difficult jump as a figure skater, score a goal on the lacrosse field, win an academic award for Chinese, or simply tell a story about her day, Mitch beamed with pride as he watched his daughter. His very last trip was made to Bozeman, MT to see Madelyn off for her freshman year of college, less than three weeks before he passed. We know he will continue to smile down on her from heaven.

When Zachary was born, the family was complete. Zach was on the ice in full hockey gear by the age of two, and it was hard to tell who was more excited. It was obvious Zach loved the game as much as his dad, and the two easily transitioned between the roles of father/son and coach/player in a positive, supportive environment. Two years after he was diagnosed, Mitch was on the bench as assistant coach when Zach and his Junior Ducks team won the State Championship. It was a wonderful moment. Since diagnoses, Mitch and Zach have learned to fly fish and Mitch taught Zach to drive. Their close bound before cancer was only amplified after. Mitch will remain Zach’s biggest fan, cheering him on from heaven.

In lieu of flowers the family has set up two funds that were near and dear to Mitch’s heart. Donations can be made to the Mitch Lane Memorial Hockey Scholarship at www.MitchLaneHockeyScholarship.org or the Team Mitch Pancreatic Cancer Action Network fund at http://support.pancan.org/goto/teammitch2017.