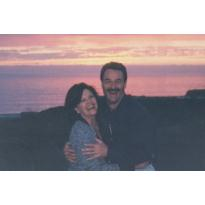 Mike graduated from Pius High School in Milwaukee Wisconsin and furthered his schooling at University School of Milwaukee graduating in 1973. His first job after college was at TRANE COMPANY in La Crosse, Wisconsin as a Sales Engineer, where he met and later married July 3rd, 1976 his wife Kathleen Root.  They moved to Minnesota where they purchased  their first home.  While there he was offered a new position with WH BRADY as Sales Mgr, later  transferred to the home office in Milwaukee when promoted to Western Regional Sales Manager. In 1986 he was offered the VP of  Sales position and moved to the Chicago area where they lived for 6 years.

In 1991 he opened  his own business that developed quickly, expanding into Europe. In 1992 he opened operations in MX, where they resided for 2 years.

In 1994 they returned to the US and settling in Orange County California. Mike’s business continues today!

In addition, he positioned himself with Core-Rosion Products, a company located in Long Beach, CA involving wastewater & Process equipment.

He looked so forward to Climbing Mt. Whitney every year and making it to the crest, always looking forward to seeing some of God’s best artwork. He always said, ?It’s like being real close to God up there.?

As a family, we spent many weekends on our boat OPUS. He had a great love for the water. Very involved as a Ski Patrol in his younger years and after many years away from skiing, our move to Caliofornia gave  him the opportunity to once again be on the mountains. In addition to sports Mike was an excellent writer. He would often be found in a quiet place in the home writing his thoughts down and just enjoying the moment.  Writing came very naturally to Mike.

Served in the 84th Division of the Army reserves as a 2nd Luetenant.
While in Minnesota elected as  President for the local chapter of ??TOASTMASTERS INT?L ?
Member of Saddleback Church for 12 years. Leader of Men’s Small Group / Man in the Mirror/
Active with FOOD FROM the HEART drives , Missions and Couple’s Small Groups.

Mike is survived by his devoted wife, Kathy, 3 loving step-children, John, Ann and Curt, and two adoring grandaughters, Ashley and Margaret. He is also survived by his beloved father, Anthony and beloved mother, Kathleen, two beloved brothers, John and Martin, a loving sister, Aileen and their families.

In lieu of flowers, the family suggests donations may be made in Mike’s name to the Sarcoma Comprehensive Cancer Institute. Call 310 360-4245 you will be sent a donation envelope, http:www.csmc.edu/309.htm
Please contact www.oconnormortuary.com to leave message for the family. Thank you!