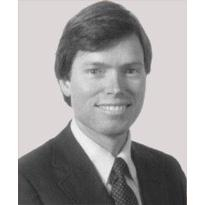 Laguna Niguel – Michael Verne Cox, 58 passed away on Tuesday October 30, 2007 at Saddleback Hospital, with his family by his side, due to complications resulting from colon cancer. Mike was born on October 4, 1949 in Los Angeles California, the son of Verne deceased and Patricia Cox. He married JoAnn Kritz on November 6, 1982 in Laguna Beach, California. They enjoyed a beautiful and loving marriage of 24 years and three wonderful children.

Mike was raised by his parents in West Covina, California where he graduated from West Covina High School in 1967. Mike was an excellent student graduating with honors. He then attended the University of Southern California where he graduated in 1971 with a Political Science major. After college Mike enjoyed traveling through Europe and adopting the beach lifestyle. He was an avid waterman; surfing, bodysurfing and knee boarding up and down the Southern California coastline. He lived in Newport Beach and was a longtime Laguna Beach resident where JoAnn and Mike began raising their family before settling in Laguna Niguel. He entered the business world as a licensed real estate appraiser and licensed real estate broker. He was a Partner with his father in the Verne Cox Company specializing in income producing property appraisals as well as litigation work as experts providing testimony in eminent domain condemnation cases.

Mike’s had two passions in life. First and foremost was his family and raising his three sons. He was their mentor, teacher and coach. His second passion was the game of golf. He mastered the game and played at a championship level. His handicap hovered around scratch. His golfing skills allowed him to competitively play in California Senior tour events.

He is survived by his wife JoAnn; children Nicholas James, Brent Michael and Ian Vincent, his mother Patricia, a sister Christine Dedeaux, a sister Marianne Mabie and a brother, Patrick. His family worships at Capo Beach Calvary. In lieu of flowers, the family requests donations to the American Cancer Society and becoming a blood donor.