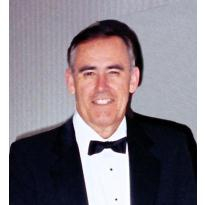 Michael L. Burke, 75, died peacefully surrounded by his family on Sunday July 24, 2011 after attending Mass at Corpus Christi, his parish in Aliso Viejo, CA. He is survived by his wife, Noreen Lyons Burke, retired teacher from the Norwood, MA school system. They were married for 52 wonderful years. He is also survived by his daughter, Mary Kaye Ashkenaze M.D. and her husband, David Ashkenaze M.D. and his grandchildren, Kerry Anne and Joshua of Laguna Niguel, CA and his sister, Mary McGuire, of Baltimore, MD. He was the brother of John, Joseph, Rosemary, and Dolly Burke, and Patricia Cahill, who all predeceased Michael.

Michael was born in Gadsden, AL, the youngest of seven children. He graduated from St. Bernard High School in Cullman, AL, and received his BS in Civil Engineering from the University of Notre Dame. He served as a first lieutenant in the United States Army, and after leaving the Army, started his career with the Michigan State Highway Department. He moved his family to Massachusetts in 1965, and worked for Bruce Campbell & Associates as a traffic engineer. He received his MA in public administration from Northeastern University. In 1968, he became the first Director of Parking and Traffic in Brookline, MA, and in 1976, he was the first city traffic engineer for Waltham, MA. In 1988 he became the Director of the Bureau of Transportation, Planning and Development for the Massachusetts State Highway Department. After he retired from public service, he worked for De Leuw Cather & Co. and EarthTec/TAMS Consultants. He was registered as professional engineer in Massachusetts, Indiana, and Michigan, held national certification as a professional traffic operations engineer PTOE, and was a member of the American Society of Civil Engineers and the Institute of Transportation Engineers.

He lived in Canton, MA for 45 years and served on numerous town boards, including the finance committee and planning board. After recent struggles with Multiple Sclerosis, he moved to Laguna Niguel, CA to be closer to his daughter and son-in-law.

Visiting will be at the O’Connor Mortuary, 25301 Alicia Parkway, Laguna Hills on Thursday, July 28 from 8:30 A.M. to 9:30 A.M. Funeral mass at 11 A.M. at Corpus Christi Church, 27231 Aliso Viejo Parkway, Aliso Viejo, CA. In lieu of flowers, donations may be made to the Corpus Christi building fund.