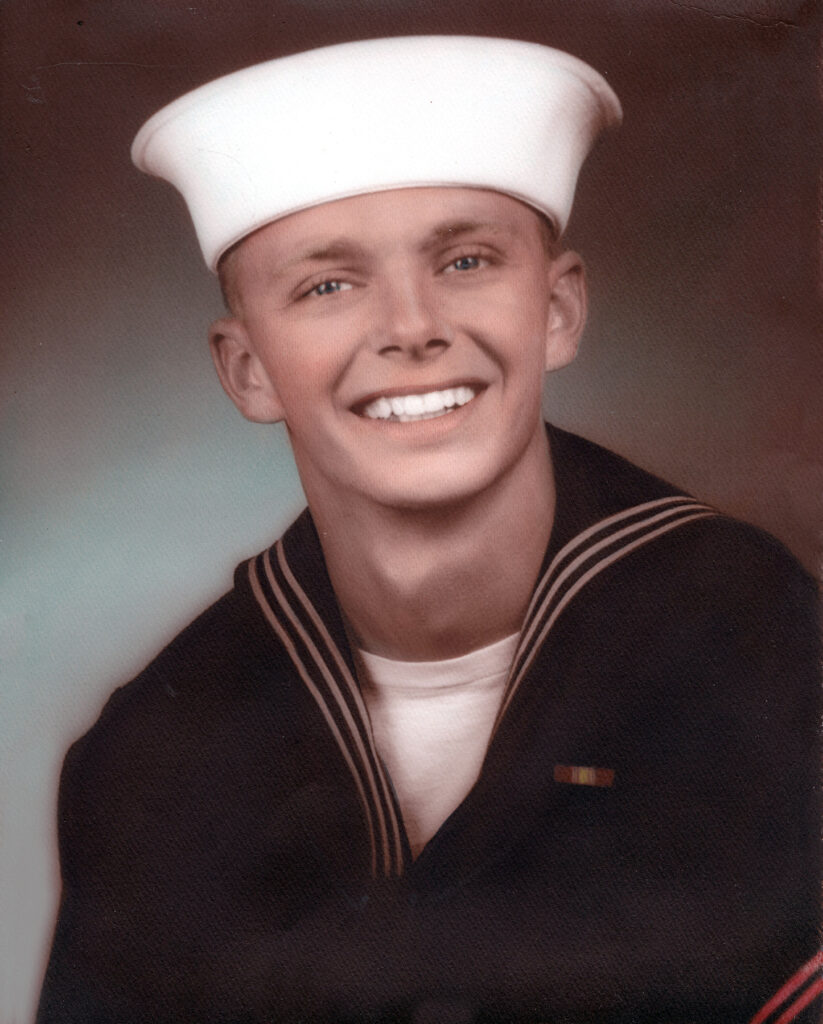 Michael Lee was born in Paterson, New Jersey, in 1950 and moved to Garden Grove, California, with his father Robert, mother Rose, and younger brother Patrick in the mid-1950s. By age 10, he and his family moved to a cute little beach house on Camino Capistrano in Capistrano beach.

Michael Lee graduated from San Clemente High School in 1968. He was on the baseball and football team and was an avid photographer who was a big part of the yearbook committee. He was a proud Triton up until the day he passed.

Shortly after he graduated, he enlisted in the Navy and was stationed aboard the USS Alamo LSD 33 as an engineer who worked in the boiler room (that’s why he was hard of hearing). He did two tours in Vietnam and was proud to serve his county, a true patriot. After returning from his first tour in Vietnam, all his friends wanted to “set him up” with a girl since they all had girlfriends or wives of their own. On his third blind date, he was set up with Nina Nigro, who was still attending San Clemente High School. That was IT; he was instantly head over heels in love! He returned to Vietnam for his second tour, and he and Nina exchanged several love letters. She was there to greet him as he disembarked from the USS Alamo in 1971. Shortly after that, Michael Lee and Nina were married at what was then known as the little St. Edwards Church in Capistrano Beach.

Michael Lee worked for the City of San Juan, where he planted many of the trees still standing today. He and Nina started their married life in a small condo located in San Juan Capistrano. In 1972 they moved into a little duplex on Via California in Capistrano Beach. This is where they welcomed their first son Clint into the world on December 25th, 1972. In 1975 they were able to buy their first home on Calle Loma in Capistrano Beach, and on July 2nd, 1976, they were blessed with their second son Bryan. In the early 1980s, the Thompson family moved to Victorville, CA, where Michael Lee began his HVAC business. In the late 1980s, the Thompson family moved back to their home on Calle Loma in Capistrano Beach. Michael Lee worked in HVAC, masonry, construction, plumbing, and much more, he did it all, and he was good at it. In his off time, he coached his boys in sports, raced on the Checkers Offroad Racing Team, and enjoyed trout fishing trips with his brother-in-law and cousins, watching Nascar, the Dodgers, and the Rams. He loved partying with his friends and traveling the world. He and Nina were constantly doing home improvements and even built a vacation home in Alturas, CA.

They spent decades in their charming little beach house and raised two wonderful sons who started families of their own. In 2017, the love of his life, Nina, suffered a series of strokes and seizures. She fought hard for two years but never recovered and passed away in April 2019. Michael Lee was devastated. She was EVERYTHING to him; the memories in their home were far too great to bear. In 2021, Michael Lee sold their home on Calle Loma and made a new start in a beautiful mobile home in San Juan Capistrano. He lived there with his two faithful black labs, Buddy (10) and Mikey (1), until his passing on August 4th, 2022. He loved his family, cousins, and animals dearly.

He is survived by his sons Clint and Bryan, their wives Ashley and Kelly, and four beautiful grandchildren, Slater, Chloe, Ben, and Kate.