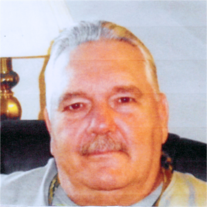 Michael Joseph Young, age 64, passed away peacefully on Wednesday, May 18, 2016, at Las Palmas Hospital in Orange County, CA. He was born on August 13, 1951, in Erie, Pennsylvania to the late Raymond and Rose Young.

He was a graduate of Huntington Park High School. He graduated with honors in the area of Science. He attended Los Angeles City College with a major in Engineering. He served in the Army in 1975 through 1976.

Michael was very excited about developing theories and formulas. He was very creative and enjoyed drawing but most of all he loved the Lord. He could recite long passages of the bible including The Psalms. He would recommend certain psalms depending on what your need was at the time.

He spent many years in nursing homes. We thank Dr. Butros and Dr. Chueh for his care the last 20 years.

He is survived by his sister, Dr. Nancy Young-Eberhardt and his brother-in-law, Peter Eberhardt; his younger sister, Mary Schannault and brother-in-law, Larry Schannault; also his late brother, David Allen Young. He had nieces Michele and Stacy, nephew Robert; and great niece, Arianna and great nephews, Joey, Giovan, Bryson and Massimo.

A private funeral will be held at the graveside of El Toro Memorial Park at 12:00 p.m. on Sunday, May 22, 2016 to honor Michael’s service to his country and console his family in their loss.