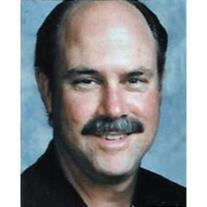 Lane, Michael Joseph, age 60, of Westminster, California, former resident of Chino, California went home to be with our Lord on March 11, 2015, after a 10-year valiant battle with multiple myeloma. Born in Los Angeles, California on June 8, 1954 to the late Dr. D. Joseph Lane and Mabel Lane, Mike grew up in Downey, California. A 1972 graduate of Pius V High School in Downey, he was a star athlete in football and baseball. He then attended and graduated in 1976 from California State Polytechnic University-Pomona, where he was a member of the 1976 NCAA championship baseball team.

A 36-year veteran of the aerospace industry, Mike was employed with Ducommun Incorporated in Gardena, California for 26 years. For many years he also was an A.S.A. girls fast pitch softball umpire in Chino and the Garden Grove area and he coached his daughter’s softball teams in Chino. Mike was an avid lover of Angels baseball and a huge fan of Notre Dame University football.

The Lane family would like to thank Dr. Robert Vescio of Cedars-Sinai Medical Center, Vitas Hospice and the physicians and staff at Compassionate Cancer Care in Fountain Valley.

Vigil will be held at the O’Connor Laguna Hills Chapel, 25301 Alicia Parkway, Laguna Hills on Friday March 20, 2015 at 7 p.m. Mass will occur on Saturday March 21, 2015 at 11:30 a.m. at Blessed Sacrament Catholic Church, 14072 Olive Street, Westminster. Interment will be at the Dearborn Memorial Park in Poway, California.

Donations and contributions can be made in lieu of flowers to the International Myeloma Foundation (myeloma.org) or Cedars-Sinai Medical Center (cedars-sinai.edu).