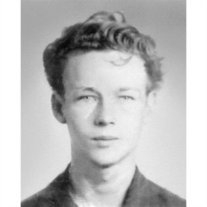 Michael “Mickey” Towner passed away on March 29th at 84 years old. He is survived by his ex-wife Jean and their 8 children Bob, Sallie, Leslie, Jim, Pat ,Vince (Steve), Anita and Lynn as well as 19 grandchildren and two great-grandchildren.

Mickey was born in Chicago Illinois to Edith and Harold Towner. After Mickey was born the family immigrated to the West coast because of the weather. The family settled in Los Angeles. Edith was an artist working for the movie studios and Harold found work in the meat packing industry. Young Mickey helped his dad with deliveries as well as shining shoes and selling newspapers. At 17 years old Mickey and his buddy Mike joined The Merchant Marines and shipped out in 1945. Dad often spoke of his adventures traveling to different countries. He was very patriotic and proud of our Armed Services. Mickey was creative in “making a buck”. He was a true salesman and found success in selling cars at Downey Sach’s Lincoln Mercury. He had 10 mouths to feed,that’s 30 meals a day and he always provided for his family.

Mickey was a true one of a kind character. His word was gold. He was also a true patriot, loved music, good food, reading, and Cadillac’s. He was an original and the epitome of “cool”. He also had a unique sense of humor. Either you got him or you didn’t. Those who knew him will never forget him and those who did not wished they had.