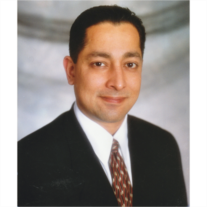 Michael David Martinez of Rio Rico, Arizona, and formerly of Whittier, California, was called home to be with our Lord on February 15, 2017. He was 46 years old. He is lovingly survived by his parents, Manny and Norma Martinez; his brother, Tony Martinez; sister-in-law, Claudia Martinez; his niece, Alexis Martinez; paternal grandmother, aunts, uncles, cousins and his beloved dogs, Roxie and Abby.

Mike was born on May 19, 1970, in Montebello, California. He spent the majority of his childhood years growing up in Alhambra, California, where he attended Granada Elementary School. On January 2015, he relocated to Rio Rico, Arizona, to be closer to his parents and begin a new career.

Throughout his childhood, Mike participated in activities with Cub Scouts and Indian Guides, liked to swim, boogie-board, skateboard, ride BMX bikes, and dressed like a “surfer” with his cool Vans slip-on sneakers, Puka shell necklace and Op and Lightning Bolt clothes. He also enjoyed playing board games like “Battleship” and “Sorry.” His favorite thing to do, however, was to play sports, especially basketball, soccer and Little League baseball. Mike was a natural athlete. He played various positions in baseball, including pitcher, and earned many MVP and All Star accolades. Whenever he pitched, he would routinely scan the bleacher stands while standing on the mound to locate his mother so he could blow her a kiss. Mike was very popular in school and sports and enjoyed many friendships.

In 1982, the Martinez Family relocated from Alhambra, California, to Whittier, California, where Mike attended Katherine Edwards Middle School for the seventh and eighth grades. These were his “break-dancing” years.

While attending Bosco Tech, Mike rode a Honda Elite scooter and became a “MOD.” One day, while riding home from school, he was involved in an accident that wrecked the scooter. Fortunately, Mike only suffered minor injuries, so when it came time to get another scooter, he bought a gray Italian Vespa scooter, complete with multiple mirrors and lights. He was now considered a bona fide “MOD.”

Mike was a three-year Varsity letterman in baseball, earned All League honors, and received several collegiate scouting letters. His greatest times were spent hanging out and spending time with his baseball buddies.

Mike loved cars. His first car was a red, 1972 Volkswagen “square back” wagon that formerly belonged to his brother, and previously his father. Later, he drove a champagne-colored Volkswagen Jetta (yet another hand-me-down from his brother) and added a license plate frame that read “JUST CAN’T GET ENOUGH.” On a summer day, he spotted a black convertible BMW 318i for sale, and soon after drove off in his dream car and immediately got rid of the Jetta. Unfortunately, the BMW’s reliability was not the greatest, but Mike did not care as he absolutely loved that car.

Mike loved animals and had many pets throughout the years, including a rabbit, snake, hamster, cat, and various fish, but the pets he loved most were his dogs named “Bumper”, “Baseball” and “Chiquita,” to name a few.

For many years, he enjoyed working in the sales, real estate and insurance industries which enabled him to travel to different parts of the country and meet many people.

Mike was a loving and charming individual who had a terrific sense of humor whose smile lit up the room. He truly enjoyed helping people. He was deeply devoted to his family and loved them dearly, especially his parents. He always did his best to help in any way he could and never asked for anything in return. Mike was truly a giver and a friend to many. He would always be there for anyone in need.

We are broken hearted with his passing but are comforted to know that he is now Home. We will miss his warm and caring embrace, his sense of humor, and his love. He was a good son, brother, nephew, cousin, brother-in-law, uncle and friend, and we are grateful for the 46 years that God allowed us to have him.

Mike, we love you .. you will be missed.