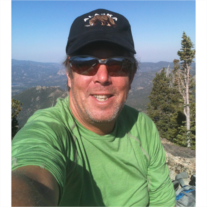 Michael Logan Bellamy of Lake Forest, California, passed away peacefully on Tuesday August 8th, 2017, surrounded by his family after a valiant 3-month battle with cancer.

Michael was born in San Mateo, California on January 14th, 1956, to Jack Logan Bellamy and his wife. Michael grew up in the Bay Area, attended Awalt High School in Los Altos and Pioneer High School in San Jose. He met his future wife while working & putting himself through college. Shortly before graduating from California State University, Long Beach with a degree in Biology, Michael married his wife of 30 years, Alice Loreta Hunt & then they moved to Southern California to begin their life together.

Michael was a man of great integrity and great intelligence. In thought and deed his children came first, for he truly valued the sanctity of family.

Following Michael’s graduation from California State Long Beach, he worked as an Environmental Consultant. Throughout the 1990’s one of Michael’s hobbies was the pursuit to understand and build computers, which in 1998 he completed a rigorous course as a Microsoft Certified Systems Engineer (MCSE). Michael exceeded in his studies, and was asked to stay and teach classes for the MCSE program. In 1999 Michael began working for Toshiba America Business Solutions. He spent 18 years in this profession.

Michael was always passionate about the outdoors and for well over a decade he spent much of his free time taking long trips to Death Valley in his Jeep “Ruby”. It was on these adventures where he found peace within the desolation of the desert to the snow capped mountaintops of some of the most beautiful land in North America. He enjoyed the beauty of a desert sunset with his dog, a fresh Field Note book, a good whiskey, a cigar, and an elite group of individuals who were lucky enough to call him “friend”.

Michael was an avid reader of a vast array of subjects and enjoyed collecting first editions. Michael was an experienced essayist, who took great pleasure in capturing his thoughts, feelings, and emotions by chronicling childhood in the fifties, the growth of the Bay Area from orchards to the iconic Silicon Valley, and a myriad of other subjects. Michael’s love of baseball began as a boy in Little League, and continued into adulthood, following both the San Francisco Giants and the Long Beach Dirtbags. It was because of his love of America’s greatest pastime, this became a shared passion with all four of his children.

On Sunday, August 13th, 2017, there will be a closed casket visitation at 9:00 AM followed by a service at 10:00 AM at O’Connor Mortuary (25301 Alicia Parkway, Laguna Hills, CA, 92653). After the service, the graveside service will be at 12:00 noon at El Toro Memorial Park (25751 Trabuco Road, Lake Forest, CA, 92630). Following the services there will be a celebration of Michael’s life with family and friends in the local area (directions will be given at the service).

In lieu of flowers, Michael would have preferred donations to the National Parks Foundation, www.nationalparks.org or if you prefer, to the American Cancer Society, www.cancer.org.