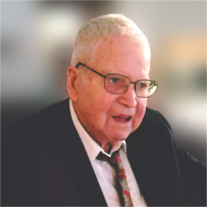 Melvin was born into a rich heritage as the son of local ranchers Edwin, and Juanita Carrillo/Rosenbaum on June 6th 1924. He and his brother spent their early years in San Juan attending one of the first grade schools in Orange County, San Juan Elementary. Typical of the ranching village back in the day Melvin worked with his family on the Ranch. San Juan was a close knit community in that time allowing Melvin to know, and be known by many of the families as a hard working young man. Like many young men of his faith he attended the Serra Chapel where he had his baptism, first communion, and confirmation creating the foundation for his faith. He also served as an Altar Boy with Monsignor O’ Sullivan.

In his teens Melvin and his mother moved to his grandmother Carrillo’s house in Garden Grove. He attended Garden Grove high school for a short time before transferring to Santa Ana High. Melvin spent his free time meeting with his friends attending dances, where he enjoyed listening, and dancing to the big bands. While attending a dance in Huntington Beach Melvin met Hazel. The two danced the night away together, and Hazel soon became the love of Melvin’s life. This love blossomed into a marriage that lasted over seventy years.

Shortly after their marriage Melvin enlisted into the navy. Later being sent to serve the U.S. military during World War II. On D-day Melvin was deployed onto the U.S.S. Dortch in the Pacific Ocean heading towards Japan. Melvin had an eagerness to serve his country enlisting into the reserves of the Korean war after getting discharged from the navy.

After the reserves Melvin and his father built a home in santa ana where Melvin, and Hazel started their family. He started his own business as a tile contractor on first street in Santa Ana. After several years they moved to a house they purchased in Costa Mesa where they raised seven children. Later on, an opportunity arose for Melvin to manage the Rosenbaum Trabuco Ranch allowing him to return to his passion of Ranching. He reconnected to his roots in Capistrano as well as reuniting with the old families and his friends. He reestablished himself with the mission San Juan where he became active in the parish. Undertaking duties as usher, active member of holy name society, and Knights of Columbus where he organized parish barbeques, dances, and was always ready to assist, and participate in Church functions.

Melvin loved his hometown taking any opportunity he could to involve himself in the community. Melvin was a member of the Chamber of Commerce, San Juan Historical Society and the Fiesta Association. Every year he would look forward to being involved in the “Fiesta de Las Golondrinas.” In the year 2001 Melvin was elected to serve as Grand Marshal for the parade. He was honored to represent the San Juan Historical Society. Melvin was involved in several organizations being a lifetime member of the American Legion, The Knights of Columbus, and the Santa Ana Elks lodge. Melvin spent his final years working his ranch, and enjoying his family. As Melvin sat on the porch he enjoyed watching his garden grow, and thinking of the fruits and labors of his life. He took this philosophy into his life loving to watch each of his family members blossom, and grow into productive lives.

Melvin did not spend his last years alone. At the end of his life he was surrounded by his loving family. Even now that he has passed he has been reunited with his beloved Hazel as well as his children Richard, Edward, Linda, and Jimmy who we could only imagine are welcoming him with open arms. Melvin is survived by his brother Edwin. His children Carolyn, Sallie, and George, his six grandchildren, six great grandchildren, and by many other family members. He will be missed by all. Vaya Con Dios.