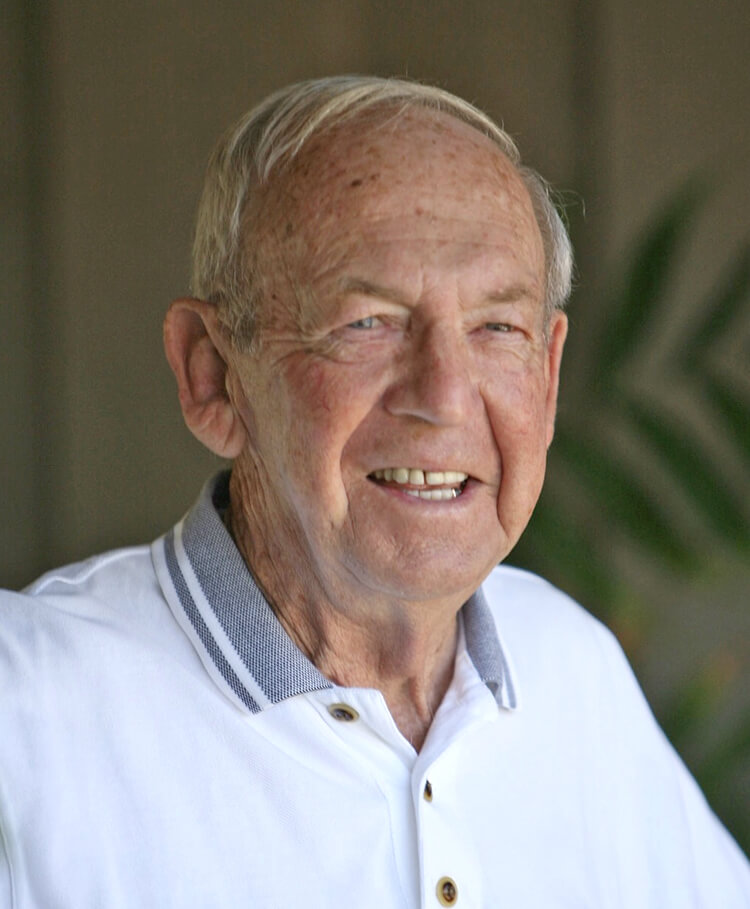 Kind, gentle and loved by all, Maynard “Gabe” Gabrielson, 95, passed away peacefully at home on January 31, 2018, surrounded by his loved ones.

Gabe was born August 1, 1922 in Mabel, Minnesota. He earned a Bachelor of Science degree from the University of Minnesota after serving as a Navy pilot in World War II. Gabe taught math and science and coached football and basketball at his hometown high school. In 1953, the family moved to the Los Angeles area where Gabe established a career in the insurance business.

Upon retirement, he and his wife, Maxine, moved to Laguna Niguel where Gabe continued to devote his life and love to his family and his church. He was extremely proud of his Scandinavian heritage, loved to travel, play golf, tend his garden, and was an enthusiastic spectator of all sports, especially baseball.

He was preceded in death by his brothers Ronald and Wayne Gabrielson and his loving wife of 64 years, Maxine. Gabe is survived by his two daughters: Nancy (Don) Falsken of Westlake Village and Vicki (Mike) Scott of Laguna Niguel; his four grandchildren: Cindy (Dan) Zacks, Tim (Renae) Falsken, Kimmy (Jeremy) Gratton and Kelsey Scott; and six great-grandchildren: Sierra Zacks, Cole, Carson and Cade Falsken and Drew and Sawyer Gratton. He is also survived by his sister Zona Gale Danielson of Caldwell, Kansas.

A memorial service will be held Saturday, February 17 at 11:00am at Mission Lutheran Church, 24360 Yosemite Road, Laguna Niguel.