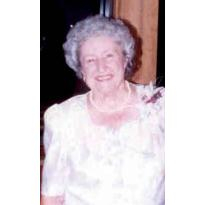 Funeral services will be held this week for longtime resident of Bishop, California, Maxine Louise Nelson, 92, who died peacefully on February 17th in Laguna Niguel.

An Interment will followed at the East Line Street Cemetery in Bishop on Saturday, February 25th ~ 2:00 P.M.

Born on May 19, 1913 in Pasadena, Maxine was the oldest of three children of John H. and Jennie Allin. She married Orville C. Nelson on May 16, 1936, and the couple moved to Bishop in 1942 when he accepted a position as an agriculture teacher in Bishop Union High School. The couple enjoyed everything about living in Bishop, especially their lifelong friends, supportive neighbors, & seeing all of Ozzie’s former students. Six years ago, after living in Bishop for 58 years, they moved to Southern California to live closer to their daughter for health reasons.
Maxine was active in the community for many years, and earned an Honorary Lifetime Membership in the Hospital Auxiliary, where she enjoyed changing the paintings and making crafts for the boutique. Her family and her wonderful circle of friends kept her busy, as well as the Bridge Club, Friday Workshop, P.T.A, Cub Scout Leader, church activities, and serving as inspector for the Election Board each year. Foremost, she was a Housewife and Mother. Her life centered round her family, adoring her two children, eight grandchildren, and eight great-grandchildren. Their mantle was filled with a collection of photographs of her family. After her two children were raised, it was their trips to see the grandchildren that kept them the busiest. An avid reader, fabulous cook, seamstress, and loyal friend, Maxine had many interests. In the later years, when her memory seemed to fail her, and she did not talk much, she always got a smile when hearing about her family. What was in her heart was never forgotten. Mom, Grandma, Grandma Great, the Great Maxine, and Honey Max, you are in our hearts forever.

Maxine was preceded in death by her husband Orville on February 9, 2003, and her brother, Dr. John G. Allin of San Juan Capistrano in 2004.

She is survived by her beloved sister Betty Garner of Lake Havasu, AZ; two loving children Richard Nelson of Orem, Utah and Tina Russell of San Juan Capistrano; 8 Grandchildren: Scott Russell of Costa Mesa, Stephanie Carlson of Albany, OR, Britton Russell of Boston, MA, Jonathan Russell of San Juan Capistrano, Shelly Pehrson of Portales, NM, Lindsay Nelson of San Francisco, Ashlee Macdonald of Irving, TX, and Russell Nelson of Orem, Utah, as well as 8 Great-Grandchildren. Maxine was dearly loved by many, and she will be truly missed by all.

In lieu of flowers, donations may be made in her memory to: Northern Inyo Hospital Auxiliary, 150 Pioneer Lane, Bishop, CA 93514.