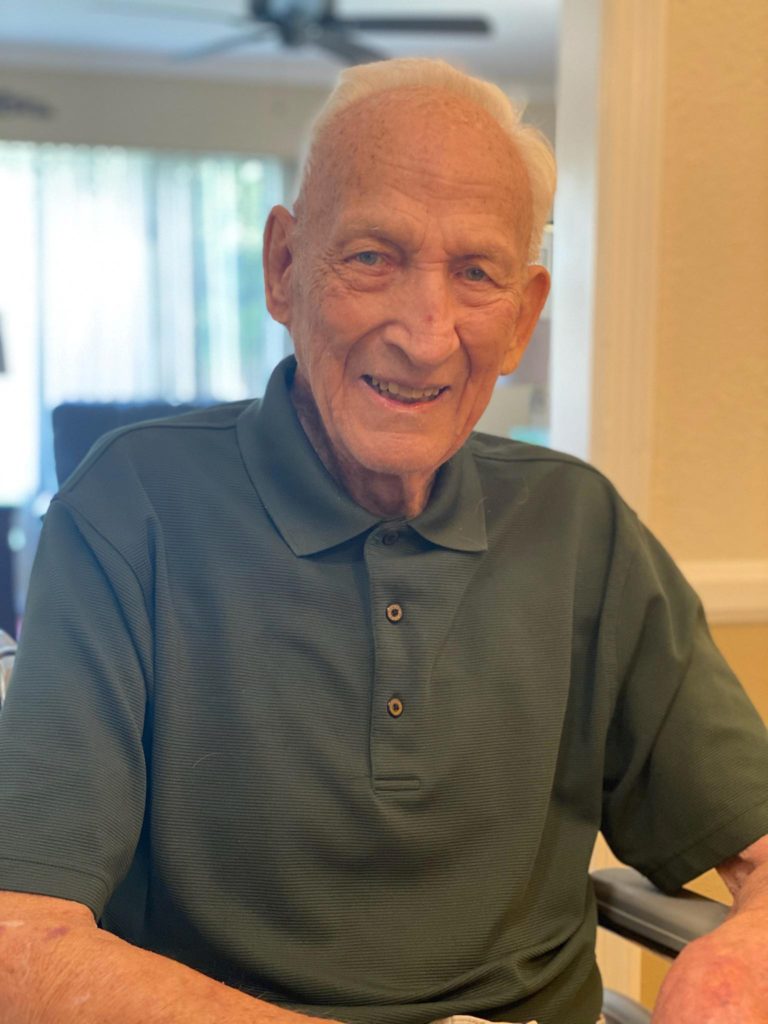 Maurice S Thews (Maury) 92, of Lake Forest, CA, passed away peacefully on May 1st, 2021.  Maury was born on June 28, 1928 to Ted and Marjorie Thews in Gary, Indiana. After graduating from high school, he joined the United States Army Air Corp in 1946, (changed to the United States Air Force in 1947) and served in Guam and Las Vegas, NV for four years.

After his honorable discharge from the United States Air Force, he landed his first job as an engineer for Northrop and worked there for 37 years. In 1956 he met Jeannette Sardo and they wed in 1957, going on to have four children, Tom, Jim, Patty and Bob.

Maury was a force of nature, determined to provide for his family and give them the life he felt they deserved. His family meant more to him than anything else in the world, something he often mentioned.  Maury was also passionate about golf, scouting and volunteering at the Buena Park Police Department and could often be found enjoying these activities when he wasn’t at home.

Anyone who knew Maury knew that he was the most loving husband, father, grandfather, great-grandfather and uncle a family could ask for. Maury was predeceased by his beloved wife, Jeannette, his parents, two brothers, one sister-in-law and one niece. He is survived by his three sons, Tom, Jim and Bob, his daughter, Patty, his daughters-in-laws, Carol, Debbie, Doris and Lori, his grandchildren Michael, Tony, Kevin, Alison, Lauren and Austin, his great-grandchildren, Olivia, Emily and Gavin and his three nieces, Cindy, Susan and Kathy.