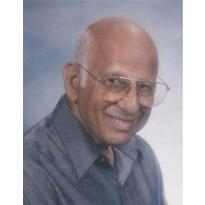 Maurice Rex Nazareth, 74, of Banning, CA, died Monday, January 28, at the home of his daughter and son-in-law Suzanne and Jay Lieberman in Irvine, CA. Born in Mumbai, India, Maurice immigrated to the United States in 1959. He received a PhD in Pharmacy from Washington State University, and an MBA from the University of Chicago. He worked as a pharmacist for more than 45 years working the gamut from Research and Development to Plant Management and ending his career in retail pharmacy. Since his retirement he enjoyed golfing, traveling, the companionship and growth of his family and the fun and friendships offered by the Sun Lakes community and his lifetime friends.

He was predeceased by his parents Joaquim and Lena Nazareth, a brother Francis, and a sister Pamela. He is survived by his brother Ralph; his sisters Sheila D’Souza, Yvonne Almeida, Jackie Mascarenhas and Lynette Fernandes; his wife of 39 years Merle Charlotte Nazareth; 3 children Sean and his wife Julie Nazareth of Irvine, CA, Sonja and her husband Raymond Hellman of Broomfield, CO, Suzanne and her husband Jay Lieberman of Irvine, CA; and 3 grandchildren Andrew, Rachel and Rebecca Nazareth.

In lieu of flowers, the family requests that donations be made to The Michael J. Fox Foundation for Parkinson’s Research, Attn Tribute Gifts, Church Street Station, PO Box 780, New York, NY 10005-0780. Donations may also be made online at www.michaeljfox.org.