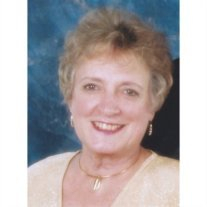 Mary Lee was born the eldest daughter of Leon Lazar a General Motors plant foreman and Mary (Polanski) Lazar a homemaker in Detroit, Michigan on May 26th, 1938. She grew up helping out around her Grandfather Frank Polanski’s bakery, The Dalee Bakery and especially loved having fun with family and friends by the water at her Grandfather’s lake house on the shores of Lake Erie. Mary Lee really loved the water. As she grew older, Mary Lee attended St. Hedwig High School in Detroit where a chance meeting on her way to school in the winter of 1952 found her seated next to a young boy that just couldn’t stop staring at her on the street car. This would be the beginning of the greatest love affair of her life. Throughout the following months there were more and more “chance” meetings at Coney Island restaurants, BBQs, even the school Glee Club and finally on October 24th 1953 Joseph and Mary Lee started going steady. They were inseparable ever since.

Mary Lee was a candidate for Queen of the Court her senior year of High School and graduated in the spring of 1956. Shortly after graduation, Joseph joined the U.S. Navy so he and Mary Lee decided to tie the knot and got married in front of hundreds of their family and friends on September 12th 1959. The newlyweds moved to the Naval Air Station at Lake Hurst, New Jersey and lived on base from 1958 to 1961. These times are fondly remembered as some of the simplest and happiest times of their young married life together, sharing pizza and a six pack of beer every Friday night with friends. Once Joseph was discharged from military active duty in 1961 the couple moved back to Michigan eventually buying their first home and settling in Plymouth, Michigan. Joseph started his career as an accountant and Mary Lee would continue her career as an administrative assistant. This was a career she would have for some 35+ years helping to put Joseph through college and only stopping occasionally to raise her young growing family. A job offer gave Joseph and Mary Lee the opportunity in 1978 to move the family out to sunny Mission Viejo, California. She was so excited to live in the sunshine and she knew it was going to be a great place for her kids to grow up.

As she and her family grew into their new surroundings, Mary Lee became the consummate California Hockey Mom. She was always shuttling her children to cheerleading, soccer, cross country or baseball practices. But more importantly, she spent a lifetime being the cornerstone of her family’s world. Whether she needed to be that strong shoulder to cry on or the warm hug that makes you feel at home, she always knew how to make everything better. Shortly after moving to California, Joseph and Mary Lee got very active in the local Knights of Columbus chapter and she was a fixture at the various installations, balls and conventions for the rest of her life. As any person that has met Mary Lee at a KofC event or even the person in front of her in line at the local grocery store on any random Tuesday can attest, she had a gift for gab and the kindest heart ever created by God. She saw the good in everyone and made every single person she talked to walk away thinking that they had met a best friend for life. No words can describe the incredible impact she has had on everyone in her life, especially her heart broken family and dear friends. She is the shining light that will never ever diminish in our hearts and minds. We will miss her more than we can possibly say.

A celebration mass of Mary Lee’s life will be held at 10:00 am, Monday April 29th, 2013 at Holy Trinity Church in Ladera Ranch. Following the mass, an internment ceremony will be held at Ascension Cemetery in Lake Forest. There will then be a reception at the Santiago de Compostela Catholic Church hall following the ceremony at Ascension Cemetery.

In lieu of flowers the family requests donation be given to the Mission Hospital Foundation, 27700 Medical Center Road, Mission Viejo, CA 92691:
http://www.mission4health.com/For-Community/Mission-Hospital-Foundation/Make-an-Online-Donation.aspx