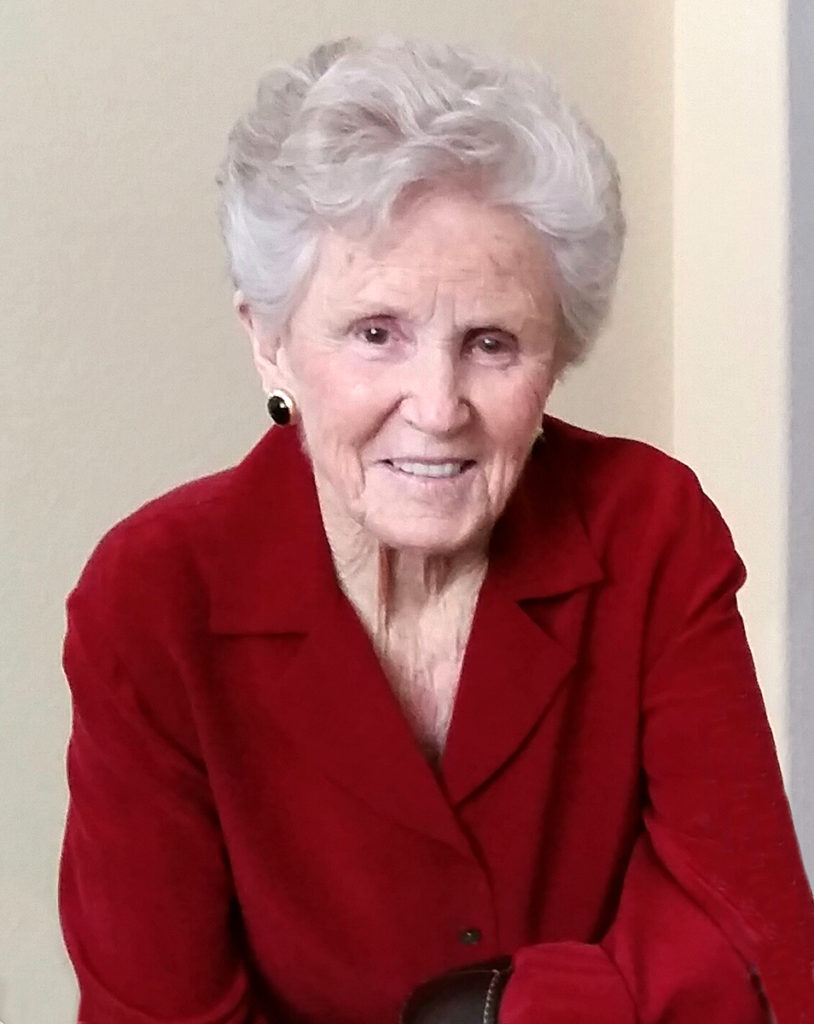 A life-long Californian, Mary Lee was born on December 9, 1923, in San Bernardino, California, to Howard and Erma (neeLane) Glass. Mary Lee graduated from San Bernardino High School, class of 1941, where she was a leader of the Pep Squad.

She moved to Los Angeles to pursue a professional career in dance. She appeared in Hollywood reviews and in the dance chorus of the 1940’s movie “Time, Place, and the Girl”.  With a talent she developed from the age of 3, Mary Lee would enjoy dancing, in various forms, throughout her life. In Los Angeles she met her life-long love Dan Young, who would become her husband of 65 years.

During World War II, Dan served as a U.S. Naval Officer, and Mary Lee, became a member of a USO Troup.  She performed her solo acrobatic dance act throughout the Pacific theater as a USO entertainer until the end of the war. Mary Lee lost her only sibling to that war; her brother Lt. James Howard Glass who is buried at Arlington National Cemetery.

Mary Lee and Dan were married in 1944 and soon settled in her hometown. Dan commenced a teaching career (Pacific High, San Bernardino Valley College, and later UC Irvine), while Mary Lee was a devoted wife and mother, also finding time to be involved in numerous charities and community activities, including Saint John’s Church, Lighthouse for the Blind, United Way, National Orange Show, National Charity League – Ticktockers, PTA, Faculty Wives, and the Water District, among others.  She was a member of the Junior Women’s Club, serving as Regional President. Over the years, she directed (and narrated) women’s fashion shows for local stores and for charity. Mary Lee later enjoyed successful careers in retail, and real estate.

For years Mary Lee and Dan and a number of their closest friends, including the Hayes, Hacklemans, Niemeyers, Wards, and others, carried on an informal golf group they called the “Duffers”, enjoying quarterly golf outings – with dancing a frequent additional activity.

Mary Lee and Dan, who are no doubt dancing in heaven, are survived by their children Tim, Christie, and Jim (Kathy), their grandchildren Alicia (Jeremiah), Marisa (Jarret), Danny (Kalyn), Jim Jr. and Joe, great-grandchildren, Kiley, Jason and Sterling, and great-great-granddaughter Lainey Rose.

In lieu of flowers, contributions may be made to the UC Irvine, Towne & Gown Scholarship Fund, or the National Charity League. 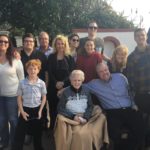 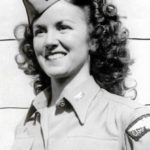