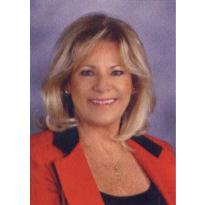 Mary Kathleen was born in Kansas City Mo in 1951. She was raised by two loving parents Richard James and Jean Bridgett Collins. She has three brothers and two sisters.  Her family eventually moved to California where she grew up. As a young lady she met Jerry Brown whom she fell in love with and married on July 6, 1974.  Then on December 25, 1977 she and Jerry were blessed with their first daughter Shannon Marie and again on May 20, 1980 their second daughter Jacqueline Ann. She and Jerry raised their family in South Orange County and settled into a beautiful home in Lake Forest.  Kathleen was a Homemaker extraordinaire and the Senior Adviser of Brown Electric.  Kathleen had a spirit and will about her that was ever so present.  She is survived by her husband Jerry, her two daughters and two sons-in-law and three grandchildren.

She is forever in our hearts and her spirit is always with us.
Please join us in the celebration of her life.