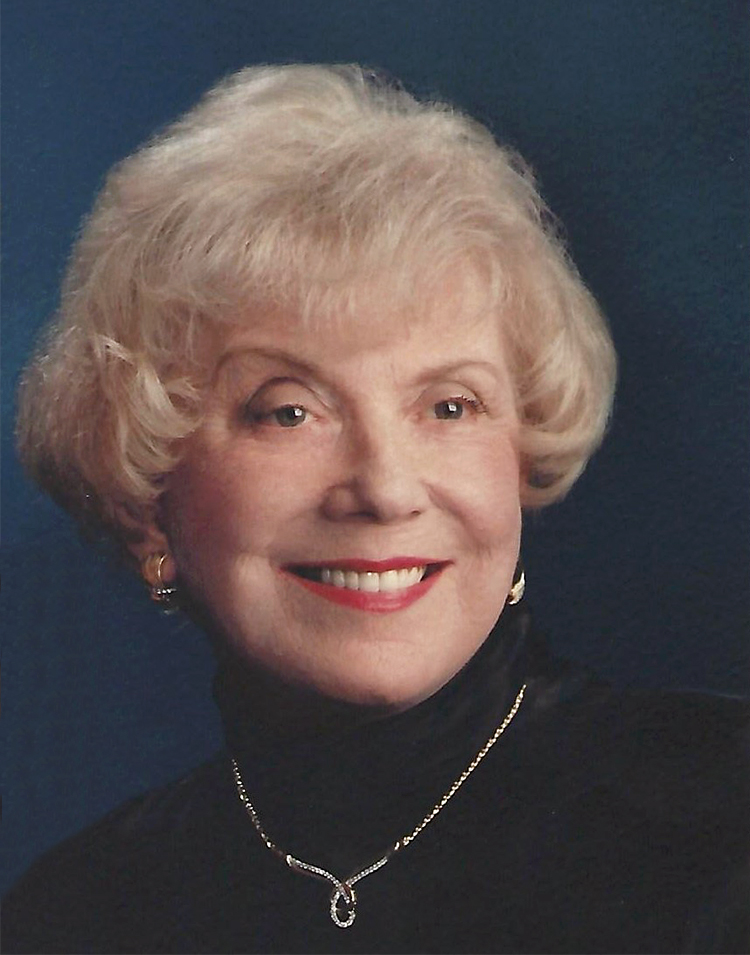 Mary was born to Timothy and Isabel O’Keefe in Chicago, Illinois on December 11, 1930. Mary moved with her family to Los Angeles when she was 3 weeks old, where she had a happy childhood in those early years of Los Angeles. She loved to share many stories of her adventures all over Hollywood and Los Angeles. She attended Good Shepherd Catholic School in Beverly Hills, and then Immaculate Heart High School where she formed lifelong friendships with many classmates, and a devotion to many of the nuns who taught her.

She loved to tell how she first saw Barney, the love of her life, across the dance floor at a St Paul the Apostle social. Initially, when Barney introduced himself as a sophomore at Loyola, Mary thought he meant the high school and was disappointed. Soon she learned Barney meant Loyola University and they were together ever since. They married in 1951 and started their family in Westchester and West LA. They moved to Glendale where they continued to raise their 6 children, and made many friendships that remained strong throughout the rest of their lives. They moved to Palos Verdes Estates and then retired in Palm Desert. After high school, Mary initially had attended Immaculate Heart College, but took a long break to raise her family. She went back to school after her children were grown and was very proud to receive her Bachelor of Arts in History from Cal State Long Beach in 1985. Barney and Mary traveled all over the world visiting Israel, Egypt, Europe, South America, and the Galapagos Islands. Mary had many interests, and spent many of her years volunteering in various areas, her children’s schools, Catholic Social Services, Meals on Wheels, and the Cabrillo Marine Museum. After 63 years of marriage, Mary lost Barney in 2014, and she moved back to Palos Verdes to be closer to her family.

Mary will be dearly missed by all her family and friends, but her family is comforted knowing she’s now with Barney, watching over us. Funeral mass will be in March at Holy Cross Cemetery in Los Angeles where she will join Barney in her final rest, however due to COVID, services will be private. Donations can be made to:  Covenant House, 1325 N. Western Ave., Hollywood, CA 90027 in Mary’s name.