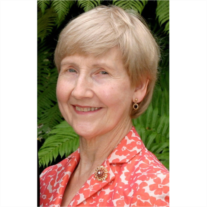 Mary Catherine known to her family and friends as ‘Mai’ was born in Muene Beage (Bagenalstown), County Carlow, Ireland. She grew up on the family farm known as Ratheadon which is Gaelic for ‘Hill of the Fairies’. This Irish heritage and appreciation for all things IRISH is the gift she gave to her children, grandchildren and friends. She was predeceased by her brother, Luke Murphy, Christina Murphy and Robert Murphy. She is survived by her siblings: John Joe Murphy, Paddy Murphy and Sister Clement ‘Bridie’ Murphy.

Mary Catherine Murphy Burns received her certificate of proficiency from the Coombe Hospital in Dublin, Ireland and became a certified midwife. She was capped in 1952 as a registered nurse. After serving as a nurse, midwife and lecturer in Ireland, Mary Catherine moved to California. Her career included being a flight attendant with Bonanza Air Lines and the Flying Tigers. She became the first nurse as a cancer care specialist in the country and trained staff at Good Samaritan, Saint Vincent and the City of Hope. Later, she joined the staff at Saint Mary’s Hospital in Long Beach where she met our father, Robert E. Burns when he was visiting a patient.

Mai and Bob were married in San Pedro, California May 31st, 1958 and celebrated 40 years of marriage together. Bob predeceased Mary Catherine in 1998. She is survived by her four children; Maureen Erin and her husband Alan Berry, Kathleen Agatha and her husband Robert Campos, Robert Eugene Burns, Jr. and his wife Kara, and Vincent Francis Burns and his wife Becky; Grandmother of Kaleen, Taylor and Lauren Berry, Garrett and Connor Burns, Devon Campos and Lucas Burns including several nieces and nephews.

Mary Catherine enjoyed traveling throughout the world. Her favorite trips were to Pakistan and New Zealand. She loved reading mysteries Dick Francis and Zane Grey novels and anything about Ireland. She enjoyed Opera, Agatha Christie and PBS. She required coffee with nonfat milk and well-made desserts with properly cooked crusts.

A Funeral Mass will be held at Our Lady Queen of Angels 2046 Mar Vista Drive, Newport Beach, CA. 92660 on Friday September 30th at 10:00 am. A rosary decade will be said before mass. Reception will follow at The Colony. Interment will be after the reception at the Holy Sepulcher Cemetery.