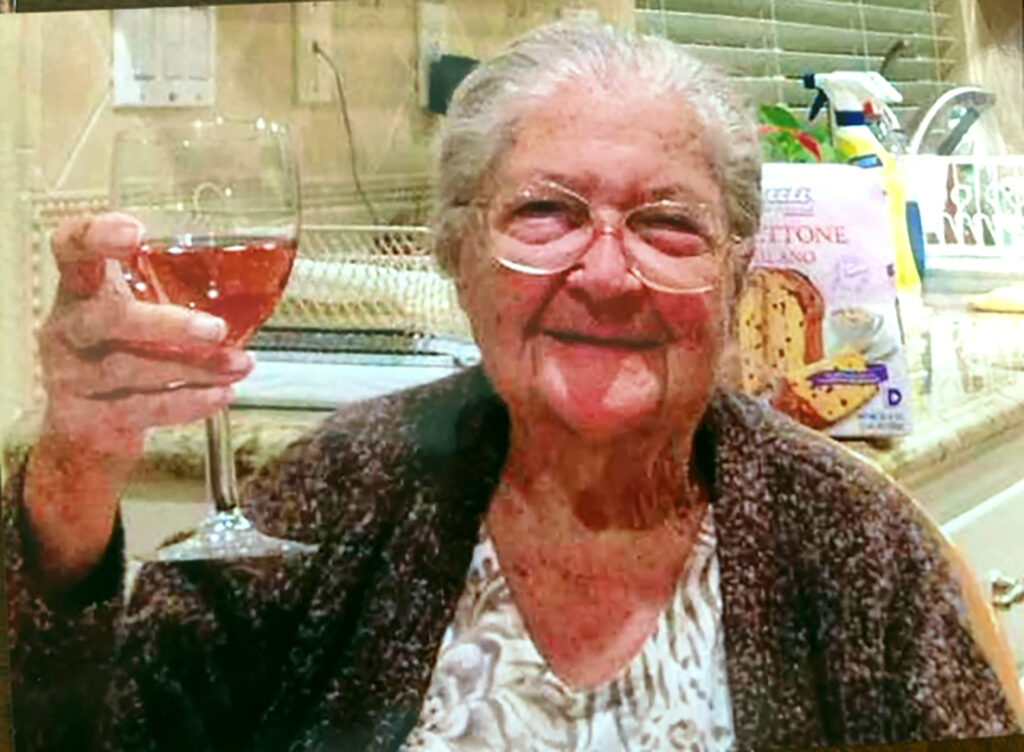 Mary Ann DiSanti passed away peacefully on October 28, 2022 in Coto de Caza.  Mary was born near Trieste, Italy, on December 14, 1918.  She came to New York in 1930.  When her father died in 1937, she was forced to quit school and go to work along with her brother, sister and mother.  She served as an interpreter during World War II.

She married Frank in 1946 and soon moved to California.  She had three children while living in South Gate.  Mary stayed at home to raise them.  Her children were her first priority.  After they were grown, she moved to Downey and then to Mission Viejo.

Mary was very adept with her hands and enjoyed sewing, knitting and other crafts. In her earlier years she was a talented artist and painted in water colors and oils. Mary loved plants and was an avid gardener.  She loved music and was a Lawrence Welk fan.

Mary was also a good cook.

She was a member of St. Kilian’s church in Mission Viejo.

Mary was preceded in death by her husband Frank, brother George and sister Evelyn.  She is survived by her three children, Frank, Sylvia Peterson and Julia Kerr, 8 grandchildren and 11 great grandchildren.

A funeral mass will be held at St. Kilian’s Church on November 18 at 11:00 am followed by interment at Ascension Cemetery in Lake Forest.