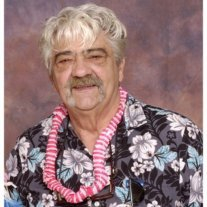 Marvin Lee Nuce (Marv), 73, of Lake Forest, California passed away Thursday, February 14, 2013 in his home surrounded by his family after a long battle with cancer.

‘Marv’, as he was known by those who loved him, was born on July 25, 1939 in Morgantown, West Virginia, the son of a coal miner named Elery and his wife Edith. As the youngest of 2, he never knew a life of privilege, but learned to make do with the blessings afforded him. Even from a young age, Marv displayed advanced technical talent and an unending curiosity to understand how things worked. He learned very quickly to take apart and repair cars, appliances, and all manner of electronics. Though he found satisfaction in building and repairing such complicated machines, he also often found peace in the quiet solitude of fishing – one of his oldest and most treasured hobbies.

After graduating from Morgantown High School in 1957, Marv volunteered to join the U.S. Army where he served three years as a Radar Technician before being honorably discharged. The skills and experience he acquired in the army along with his curiosity, ingenuity, and talent determined his future career path electrical engineering. From that moment on, he was loyal to his choice till the day he retired.

In 1963, while working for NASA in Wallops Island, Virginia, Marv married Doreen Rollinson of Pocomoke, Maryland and became the proud father of his daughter and first wonderful child Tracy. While Marv had many hobbies and endeavors in life, nothing gave him greater joy than being a father. In 1969, Marv and Doreen parted ways and although Tracy continued living with her mother, they stayed in close contact and he continued to be a good father to her.

In the early 70’s while contracted with the U.S. Military through New Mexico State University, Marv was part of an engineering group which was stationed in Greenland to track soviet satellites during the Cold War. It was a time of great adventures for Marv as he traveled throughout many countries in Europe. That period of his life was most notable to him because of the wealth of good times and experiences it brought. Marv was now a ‘man of the world, no longer anchored to his small mining town roots.’

In 1973 he met and then later in 1975 married the love of his life, Cheryl Sue Richards. The couple lived happily together for 11 years and had 2 boisterous sons Jason and Derek. While Marv and Cheryl eventually went their separate ways, Cheryl continued to be in his heart for the rest of his life. Marv would recall Cheryl as ‘the bright and shiny spot’ in his life when he spoke fondly of her with his children.

After Cheryl’s untimely death in 1988, Marv raised his two sons on his own. It was challenging and at the same time very rewarding. Marv was a very devoted and proud father who used his special talents to teach his boys many different skills: from fishing to car repair.

As a uniquely gifted craftsman Marv could build and fix almost anything. However, he realized after his retirement in 2003 that his real passion was wood. Previously, most of his wooden creations had been out of necessity, such as the bunk beds he built for Jason and Derek or other furniture. Now he used his incredible imagination and talent to create marvelous works of art which he referred to as ‘Marv Art’: bird houses, shadow boxes, bookshelves, tables, wine shelves, different furniture and toys for his grandchildren, jewelry boxes, candle holders, chess sets, etc. Carpentry and woodwork was how he shared his gifts with the world.

During his retirement years, he spent most of his time in his garage which everyone called ‘Geppetto’s Workshop’ and he was known as a handyman throughout his neighborhood, fixing almost any broken item with his limitless imagination. Marv was a sentimental man and took a particular interest in antique restoration, bringing life back to many old wooden radio sets long forgotten by the world. Music was also a great part of his life. He taught himself to play the guitar, which he shared with his children on occasion, and he enjoyed listening to old records in the radios he had restored.

Marv was a man of principle who lived life on his own terms. He was a humble and down-to-earth man but also a man of honor and integrity. Marv was genuinely thoughtful and had a big heart. He created with his hands and gave from his heart his creations as love to those around him. Those lives that he touched remained in his heart all the days of his life and those that loved him found it a poetic ending that he passed away on Valentine’s Day. He will be missed by the many people who enjoyed his sense of humor and saw his kind and gentle side behind the grumpy exterior.

Marv is survived by his daughter Tracy Lyn Grover, of Tennessee, his sons Jason Elery Nuce and Derek Lee Nuce, of California, and his grandchildren Brandon Vu Nuce and Nolan Lee Nuce.

Relatives and friends are invited to celebrate his life by attending his funeral service which will be held on March 3rd, 2013 at 1 pm at O’Connor Mortuary, 25301 Alicia Pkwy, Laguna Hills, CA 92653, and will be continued at the El Toro Memorial Park located at 25751 Trabuco Rd, Lake Forest, CA 92630.

After the service friends and family are invited to a memorial dinner in Marv’s honor and encouraged to eat, drink, and toast to Marv and his life.