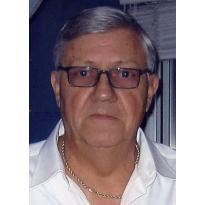 Martin C Hoffmann, 70, of Mission Viejo, was called home to be with our Lord on Friday, July 27th, 2007. He was born on November 3rd, 1936 in Berlin, Germany. He came to California in 1964, where he met and married Helga Weichelt, the love of his life, in 1966. Martin worked as a machinist first for Mattel and then for the Xerox Corporation until his retirement in 1997. He loved taking care off and helping everybody in need. Mostly he enjoyed visiting with his Grandchildren. He is survived by his wife Helga of Mission Viejo, son Michael and wife Linda of Moscow, ID, son Steve of Huntington Beach, CA, a brother Carl Hoffmann of Berlin, Germany, a niece Ingrid Hoffmann of Huntington Beach, CA and his beloved Grandchildren Jordan, Micah, Megan, Michael Jr., Justin and a Baby girl on the way – all of Moscow, ID. A memorial service will be held on Sunday, August 19th, 2007, at 2:00 P.M. at the Presbyterian Church of the Master, located at 26051 Marguerite Parkway in Mission Viejo, CA. with Pastor Gary Watkins officiating.
Memorial Contributions in lieu of flowers may be made to the Cancer Research and Prevention Foundation at 1600 Duke Street, Suite 500, Alexandria, VA 22314.

God looked around his garden,
And found an empty place.
He then looked down upon the earth,
And saw your tired face.

He put His arms around you,
And lifted you to rest,
God’s garden must be beautiful,
He always takes the best.

He saw the road was getting rough,
And the hills were hard to climb.
So He closed your weary eyelids,
And whispered ?Peace be thine.?

It broke our hearts to lose you,
But you didn’t go alone,
For part of us went with you
The day God called you home