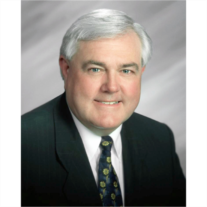 Beloved husband, father, grandfather and friend, Martin Alan Keddington, passed away Monday, October 17, at home in Laguna Woods, CA after a valiant battle with cancer. He is already missed by those who knew and loved him.

Alan was born in Salt Lake City, UT on December 4, 1946, to Joseph Martin and Elda Page Keddington. He and his six younger brothers grew up in Bountiful, UT. Alan learned early on the value of hard work. Throwing papers on the early morning paper routes and working in his dad’s service station were a daily part of his early years.

Alan graduated from Bountiful High School in 1965 and soon left to serve a mission in the Spanish American Mission. Upon his return, he married Julie Badham in the Salt Lake Temple on September 14, 1967. Together they have four children.

Alan became a pharmacist in Bountiful after graduating from the University of Utah. He also worked for General Motors for several years in Napa, CA, and he loved the beautiful drives throughout the Napa and Sonoma Valleys that this job entailed. The majority of his professional life was spent as an agent for Allstate Insurance in Orange County, CA.

Alan was a faithful member of the Church of Jesus Christ of Latter-day Saints. He was a dedicated servant of the Lord Jesus Christ and his testimony of the gospel was an integral part of who he was. His years of service as an ordinance worker in both the San Diego and Newport Beach temples alongside his wife brought him great peace and joy.

He had a great love for baseball. For many years, he coached little league. He enjoyed playing on various community softball teams. Also, one of his favorite activities was to attend Major League baseball games with his family.

Alan always had a corny joke ready to tell, a book waiting to be read, or a crossword puzzle halfway done. If he had his way, he would spend his days fishing the rivers of Utah or riding horses in the mountains above the ‘B.’ His grandchildren loved ‘Grandpa Shadow’ and his silly antics. Alan was incredibly smart, and his advice was always welcome. He is known for his adage to ‘Never Kick a Wet Chicken.’ He was a true friend to all who knew him.

He is survived by his wife, Julie; his children Patrick (Annette) Keddington of San Diego, CA, Christina (Troy) Draper of Frisco, TX, James (Katherin) Keddington of Bountiful, UT, Richard (Holly) Keddington of Watertown, WI; and fifteen grandchildren. He is proceeded in death by his parents and his granddaughter, Madelyn.

In California, services will be held on Tuesday, October 25 at 22851 Aliso Creek Road, Aliso Viejo-a viewing at 10 AM and a funeral service at 11 AM. In Utah, services will be held at Russon Brothers Mortuary, 295 N Main, Bountiful-a viewing on Friday, October 28 from 6 to 8 PM and a funeral service on Saturday, October 29 from 11 AM to noon. Interment will be in the Bountiful City Cemetery. In lieu of flowers, please consider donating to the Humanitarian Fund for Refugee Relief at ldscharities.org.