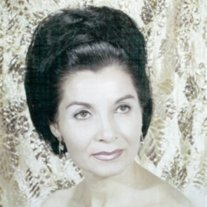 Martha Kirkland Farina was born & raised in Jacksonville, Florida by her parents, JT & Allie Mae Kirkland. She was a fraternal twin & one of 9 children. Martha was raised in a devout Christian family & sang with her sisters. They were so popular, that they became known as the “Kirkland Sisters” & performed at many a church function. Martha graduated from high school & started work in the clerical pool as a civil servant for the Department of the Navy. Determined to leave the rural area of her upbringing, she boarded a train & headed west to California where she continued to work as a civilian secretary at the Long Beach Naval base. It was there that she met & married Lieutenant Joseph A. Farina.

They moved to Bellflower & raised their family there, where Martha continued to work as an Executive Secretary to Presidents of companies throughout Los Angeles & Orange counties all the while raising a family.

After over 35 years of her career, Martha retired with her husband, the Honorable Joseph A. Farina, in Irvine. During their retirement, they took an active role in their grandchildren’s lives. “Nana” was so loved & admired.

Martha was known for her true touch of class for she was born with it. Her elegance & beauty touched all that she did. We will miss her dearly.