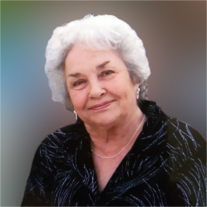 Marlene Frances Ray was born in Los Angeles, April 2, 1933 to Jenny and George Zito. She was a second generation Italian American as her grandparents came to America during to the great European immigration of the late 1800’s. Born and raised in Los Angeles where she met her husband, Bill (William) Edwin Ray. Bill was of Irish, and not so prone to share, English decedents who also immigrated to America.

Marlene had a full-time job raising an active family of FIVE children all who were involved in sports and school activities she was always on the go. It is believed the phrase ‘soccer mom’ can be traced to Marlene and her friends’ during the early growth of Southern California.